Authorities have announced charges against three Pennsylvania police officers after investigators determined they fired the shots that killed Fanta Bility, 8, and injured three others outside of a high school football game last summer.

SHARON HILL, Pa. - Authorities in Delaware County have announced criminal charges against three Sharon Hill police officers in connection with the shooting that killed an eight-year-old girl outside of a high school football game last August and injured three others.

Officers Devon Smith, Sean Dolan, and Brian Devaney are each charged with a total of twelve criminal counts of manslaughter and reckless endangerment for their actions that night, Delaware County District Attorney Jack Stollsteimer announced Tuesday.

"From the moment the call came in on August 27th, my team of investigators and prosecutors has worked tirelessly to achieve justice for Fanta and the other victims of that tragic night. Today’s charges are a big step forward in that process," said Stollsteimer in a press release.

According to court records all three men had their preliminary arraignments Tuesday morning and each was released on unsecured $500,000 bail. 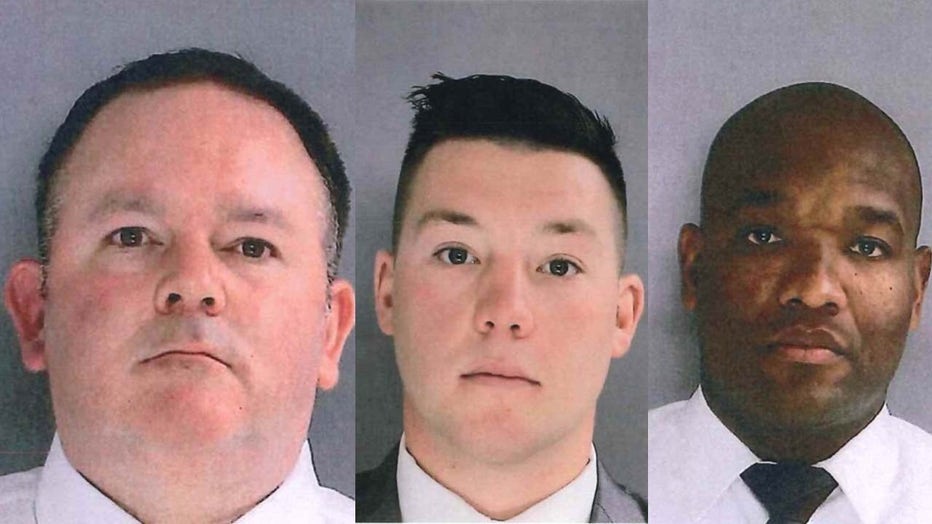 Investigators have determined that the tragic events of Aug. 27, 2021 began when gunshots rang out on the 900 block of Coates Street. Investigators believe at least two shots were fired in the direction of the three officers, who were monitoring the crowd as they exited the Academy Park High School football stadium following the conclusion of that night's game.

The officers returned that gunfire, firing their weapons toward a car they believed was involved in the initial gunfire, striking the car and members of the crowd of people leaving the game. Investigators later determined that the women in the car were not responsible for the initial gunfire.

Delaware County District Attorney Jack Stollsteimer had previously said there was a high probability that Bility and three of four others who were injured by gunfire had been struck by police.

"We have now concluded beyond a reasonable doubt that it was, in fact, shots from the officers that struck and killed Fanta Bility and injured three others," read Tuesday's press release.

"This is a sad day for our officers, who face criminal charges for trying to do their jobs and keeping the community safe," Fitzgerald wrote. "The FOP continues to support these fine officers and will provide a vigorous defense against these allegations."

On Tuesday, Sharon Hill Solicitor Sean Kilkenny said the borough council will vote later this week on a motion to fire all three officers in the wake of the grand jury's findings.

Authorities had previously charged two teens in connection with the initial gunshots that were fired - Angelo "AJ" Ford, 16, of Sharon Hill, and Hasein Strand, 18, of Collingdale.

"While I believe these defendants should be held accountable for starting the series of events that ultimately led to Fanta Bility’s death, developments during the grand jury investigation render it appropriate to withdraw these charges at this time," Stollsteimer wrote in the emailed release.

Ford is still facing charges for his "attempt to kill Strand," according to the release.

Earlier Tuesday, Strand had pleaded guilty to aggravated assault for his role in wounding one of the children struck by gunfire and to illegal possession of a firearm. In an emailed news release, a spokesperson said under the terms of the plea agreement, Strand will serve between 32 and 64 months in prison.

A Grand Jury of Delaware County residents was tasked with reviewing evidence and determining whether charges should be brought against the officers.