LARGO, Fla. - A Pinellas County man who spent 30 years in prison for a murder he did not commit is free and finally living his dream - turning his passion for art into a business.

Dean McKee will tell you, every tattoo has a story. The person behind the needle has one, too.

"This is going to be a part of your path through life," McKee said as he traced a lotus onto his client's arm.

He didn't get the luxury of attending a fancy art school or sketching with top-of-the-line materials.

"They would break my pencils, I'd have to buy new ones," he said, flipping through pages of old drawings. "A lot of that is coffee and ballpoint pen."

In fact, sometimes his drawings were confiscated.

That lotus tattoo is more than 30 years in the making.

"I've made mistakes but I'm human just like everybody else. The one key thing is learning from them," McKee said.

In 1988, McKee was 16 years old and wrongfully convicted of murder. He was sentenced to life in prison.

At the time, he held neo-nazi beliefs and could've continued down a dark path. But he went the other way, disavowing those beliefs, earning his GED, and hanging onto hope that someday he'd be free and able to open his own tattoo shop.

He sketched in his cell. Sometimes he was allowed to paint murals on the prison walls.

In 2011, The Innocence Project of Florida got involved. New DNA evidence proved what McKee said all along - he was innocent.

In January last year, he was released. In January this year, he was exonerated. And by late August, Inside Ink on 12788 Indian Rocks Road in Largo was open.

"I wasn't going to let something horrible define me," he said.

What defines him now is his art. Those in the chair can get a design along with a little life advice.

"You've got to move forward. You can't change three seconds of yesterday," McKee said over the buzzing of a needle.

While he can't change the last 30 years, McKee credits them for bringing out his true self, his humility, and his passions for art, ink, and life.

McKee's goal is to hire a few more reliable artists so he can run his shop full-time. His advice to everyone who will listen: Understand how precious your freedom is and never take it for granted. 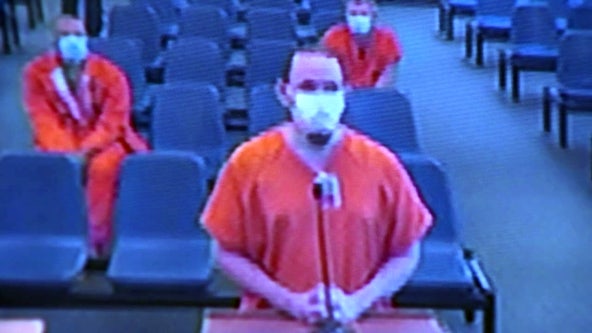