A $4.9 million federal grant will allow the Transit Authority to buy its own ship with 350 seats, which is more than double the capacity of the current boat.

ST. PETERSBURG, Fla. - It’s the easiest, cheapest and prettiest way to get between downtown St. Pete and Tampa, which is a big reason why it can be difficult at times to catch a ride on the Cross Bay Ferry.

"It’s extremely popular. Come February people are going to have to book a week to 10 days ahead of time to ride on a Friday, Saturday or Sunday. Lightning games are sold out," said Ed Turanchik, who represents Cross Bay Ferry.

Now, Turanchik says they’re finally in a position to greatly expand ferry service. A new $4.9 million federal grant will allow the transit authority to buy a 350-seat ferry. The new boat would more than double the capacity of their current ship. It would also mean the ability to expand the ferry’s schedule.

The current vessel is rented and, as part of the agreement, crewed by staff from out of state. The costs of that rental agreement have kept the ferry on a seasonal schedule limited to Wednesday through Sunday service. Maritime law also limits the amount of hours the out-of-state crew can work, meaning the current ferry can only make 32 trips each week. 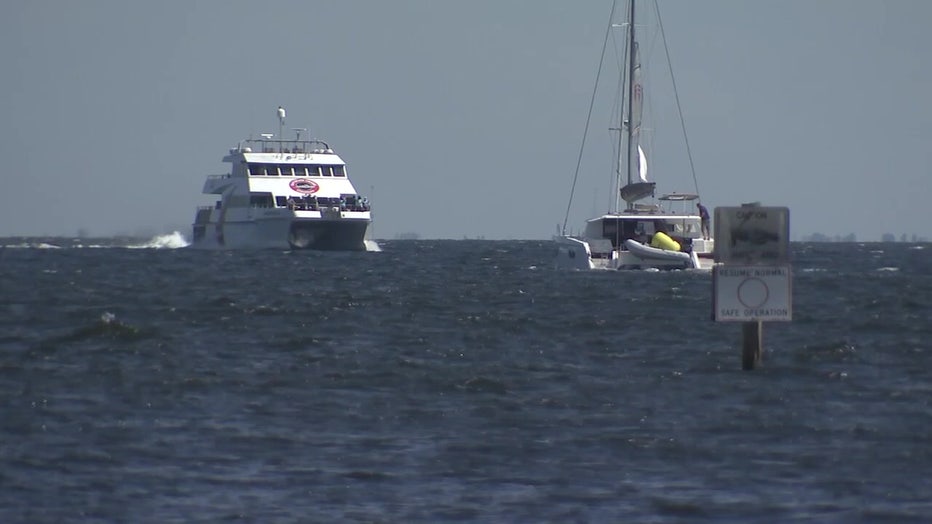 Turanchik says that will mean year-round service every day of the week with more convenient times.

The promise of an expanded schedule is appealing to downtown Tampa neighbors like Lindsay Albanese, who says she frequents downtown St. Pete but has yet to take the ferry there.

"The times they didn’t really work out. It wasn’t worth it to get on the ferry and then worry about getting back on the ferry at a certain time," said Albanese. "This is definitely exciting because I think if the services are expanded and hours are better it’s definitely a better option than having to drive over to St. Pete."

What began as an experiment has quickly caught on in the Bay Area. 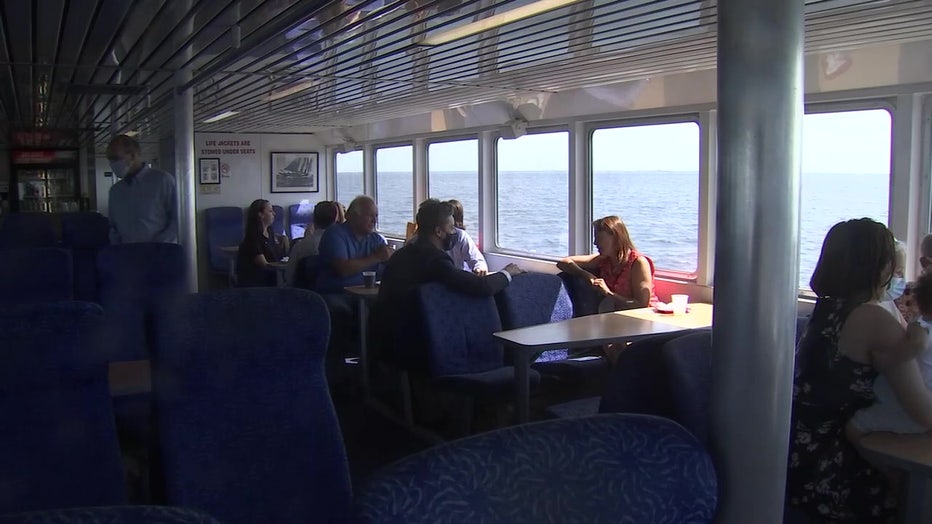 "You know you’re doing something right when the chief complaint is about the red wine you’re selling," laughed Turanchik.

The current season will end on May 22. HMS Ferries announced last fall that they hope to have year-round service by 2024. The new ship could make that happen even sooner.

Turanchik says the purchase of the new ferry will depend on when federal grant money, along with a local $1.2 million match, comes in. He says he hopes the 350-seat ferry will be ready to set sail next year.

For fans of the ferry, the new ship can’t come soon enough.

"People can sit on the boat and relax and they don’t have to drive 45 minutes to get around so it’ll be quicker and more efficient and maybe save on gas," said Kim Ball.

The new ship is planned to be the first of many. HMS Ferries hopes to expand to a fleet of four ferries within the next three years and add commuter service to MacDill Air Force Base and southern Hillsborough County. 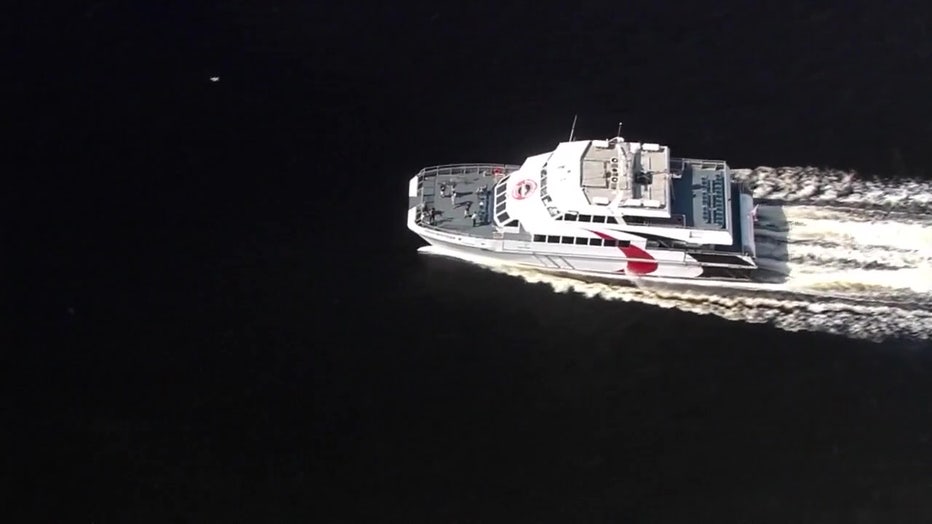 "Ferries are so cheap compared to anything else. You don’t have to buy the land for right of way, you don’t have to put a roadway or rail line in, you can move wherever you want, and people like to be on the water."

Adult tickets for the Cross Bay Ferry are $10 for a one-way or $20 roundtrip. Discounted tickets are available for senior citizens, children, veterans, active military personnel and college students.

LINK: Learn more about the ferry at www.thecrossbayferry.com.