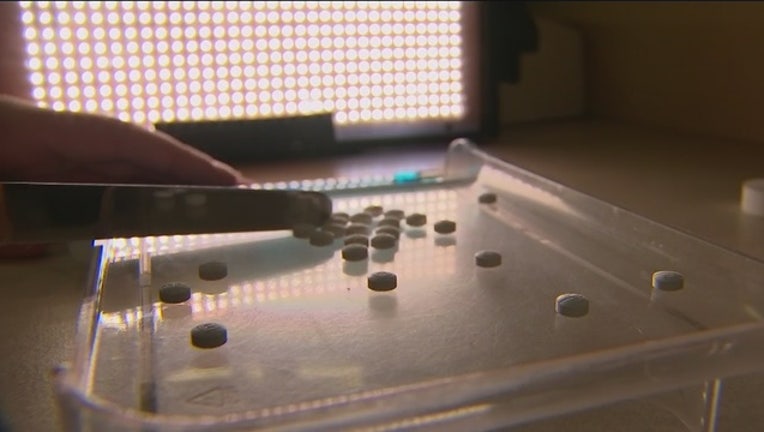 Those are just some of the woes a key Senate budget panel heard about during a discussion Thursday focused on the opioid epidemic engulfing Florida and much of the nation.

Echoing what a separate Senate committee heard this week, substance-abuse treatment providers, community agency representatives and law-enforcement officials pleaded with the Senate Appropriations Committee for a comprehensive approach to the complicated issue, along with more money.

The state this year received $27 million in federal funds to deal with a mushrooming opioid crisis that has resulted in some counties seeing a 300 percent increase in overdoses.

Gov. Rick Scott --- who declared a public health emergency about the opioid issue this year --- announced that he will seek $50 million from the Legislature to deal with the issue, but he has yet to release a detailed plan for how the money would be spent.

Substance-abuse treatment providers on Thursday also asked for $50 million to address what at least one doctor called “chemical warfare” as lawmakers begin to put together a state spending plan in advance of the 2018 legislative session, which begins in January.

The number of Floridians dying from overdoses --- involving prescription drugs, street drugs like heroin or the synthetic opioid fentanyl, or combinations of the drugs --- has steadily increased over the last few years, following a dip after lawmakers cracked down on prescription drug “pill mills” in 2011.

Heroin overdoses jumped by 1,000 percent between 2007 and 2015, and most experts agree the number of deaths is much higher than what is being reported by the state's medical examiners.

Overdoses related to fentanyl, which is often mixed with heroin, are also climbing.

The information about the rising number of deaths associated with opioids is perplexing for lawmakers who thought they stymied the state's opioid plague by shutting down the pill mills.

“My concern as a policymaker is, how do we make sure we don't do the same thing … because if not, then three years from now, instead of saying fentanyl and heroin, there it will say something else,” said Sen. Anitere Flores, R-Miami, referring to a chart of deaths due to overdoses. “I don't want to see fentanyl and heroin in three years just turn into x, y, z.”

“One of the answers is going to be the investment in treatment resources,” he said.

“I think that's the ultimate point. How do we get to the root of the problem? Is it a mental health issue? We gave it a Band-aid, but the underlying (root) is still there,” Flores said.

While the picture appears grim, Ann Berner, CEO of the Southeast Florida Behavioral Network, told the committee that the state can “turn the tides” on the opioid epidemic.

The $50 million sought by providers to address the issue would go toward housing vouchers and employment assistance for people in recovery, medication-assisted treatment programs that use drugs like Suboxone to help keep addicts off opioids such as OxyContin and heroin, residential treatment and detox beds, which are a critical first-step in getting users clean.

The request for the funds comes as lawmakers begin to grapple with what will certainly be a tight budget year, made even more lean because of the impacts of Hurricane Irma.

“We just started working on this. This is the very first meeting of committees, very first meeting that this has been discussed. We have a lot of work to do before we can make opinions like that,” Latvala, a Clearwater Republican who is running for governor, told reporters after the meeting.

Latvala has made battling opioid addiction one of his top priorities, and asked Scott to use executive authority to release $20 million in emergency funds for the problem. Scott recently activated a $25 million emergency loan program for the citrus industry, which was devastated by Hurricane Irma.

“I asked for $20 million on an emergency basis to get us through the rest of this year. I'm still waiting. People are still dying. Nobody's dying because oranges fell off of a tree,” Latvala said.

He again called on Scott to release the money.