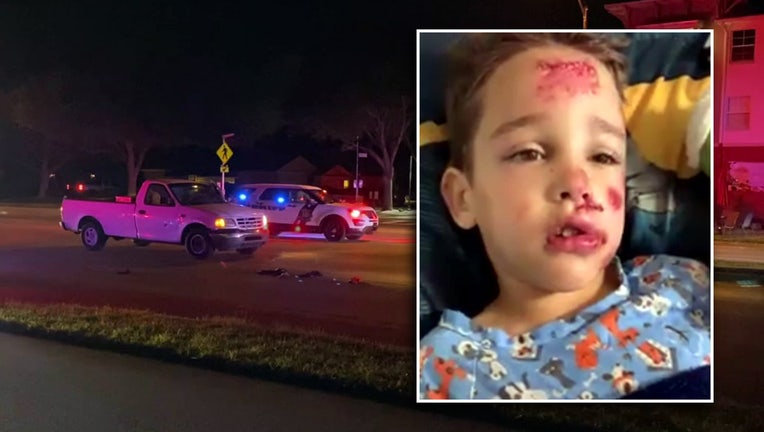 TRINITY, Fla. - A 6-year-old boy who was hit by a pickup truck while trick-or-treating on Halloween is now recovering at home after being released from the hospital.

Dominick Keyes was in a crosswalk in Trinity around 7:30 p.m. Thursday when he was hit by a pickup truck, the Florida Highway Patrol said.

He was released from St. Joseph's Hospital on Sunday, his father confirmed on social media.

Troopers said the truck didn't yield the right of way and the driver will likely be cited.

According to a witness who spoke to that driver, he said he saw the lights flashing, but didn’t see the child.