LAKE WALES, Fla. - A Lake Wales boy just pulled off a feat that many thought would never happen.

At 9 years old, Jordon Colon just walked on his own for the first time ever.

"I am so happy about it," his mom Yunill Montes told FOX 13. "I was screaming everywhere. Everybody told me, ‘I am so happy for you.’"

Jordon was born with a rare disease called Pitt-Hopkins Syndrome, which only affects 500 people worldwide.

Doctors told his mom he would probably never be able to walk.

For years, the only way Jordon could get around was by crawling. As he got older, he could stand up, but only if someone supported him. 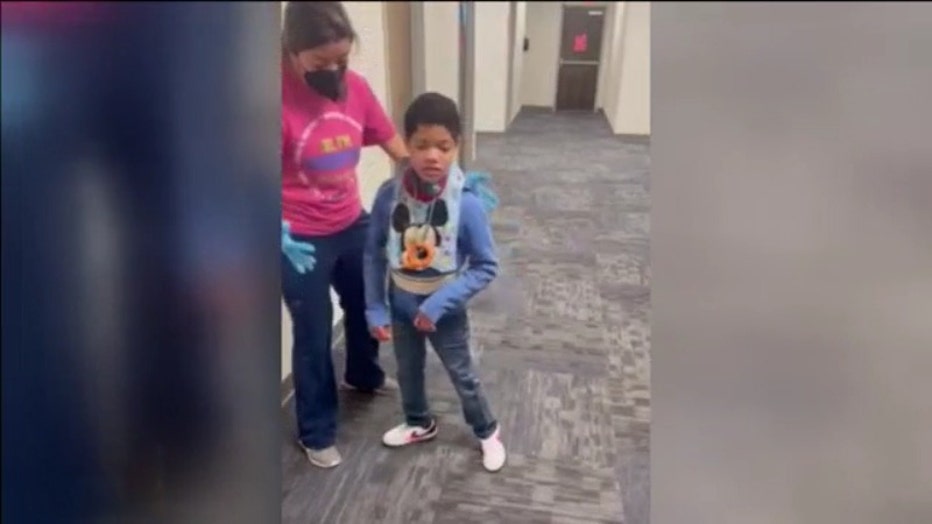 Still, his mom was not ready to give up hope that he would someday be able to walk.

"I had hope that it was going to happen," she said.

Finally, their dream has become a reality.

Jordan is now learning to walk thanks to a gift from the Lake Wales Police Officers Association.

Around Christmas, they gave him a standing device that Jordan can step into. A therapist then adjusts the machine, which challenges and strengthens Jordan’s leg muscles, and works to improve his balance.

The machine cost $3,000. Police say it is the best investment ever.

"To be able to see his reactions in his face, his emotions, the whole way he lights up when he is independent," said Sgt. Edward Palmer. "It is incredible for us."