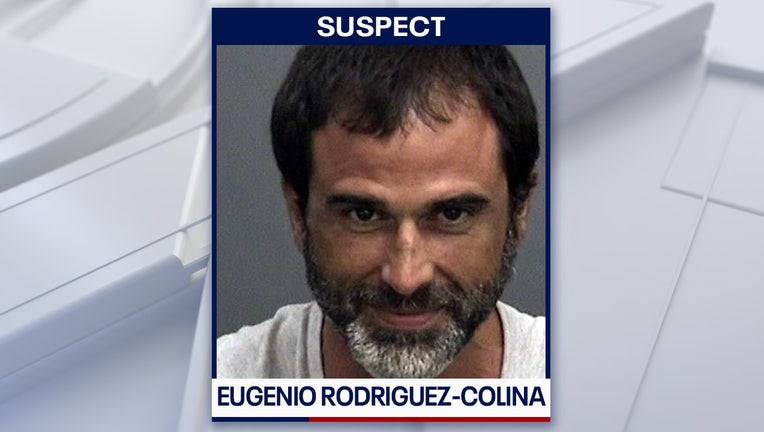 TAMPA, Fla. - Deputies in Hillsborough County say surveillance video helped them identify the man who broke into a church and set it on fire last month – and it turned out he was already in jail.

Back on the night of September 18, footage from the Incarnation Catholic Church in Town ‘n Country showed a man smash his way inside the church and pour something on the pews before setting them ablaze.

Parishioners did not let the crime interfere with church services; Father Michael Cormier urged everyone to pray for the suspect.

PREVIOUS: Deputies search for arsonist who broke into church and set pews on fire

Deputies, though, were less forgiving. Four days later, they spotted the same suspect in surveillance video from a burglary at the Granada Meat Market on Waters Avenue. The man again smashed his way through the glass, but this time stole food and cigarettes.

After Eugenio Rodriguez-Colina was arrested on Monday for allegedly shoplifting at a Walmart, detectives say were able to connect him to the two other crimes.

Other charges, including arson and burglary, were filed against the 45-year-old Wednesday. Arrest records show no home address for Rodriguez-Colina.

“Houses of worship are such special places in our community, and we will never tolerate this type of criminal behavior,” said Sheriff Chad Chronister.