TAMPA, Fla. - A teenager accused of killing another teen while he was drunk and illegally street racing another vehicle pleaded not guilty in a Tampa courtroom on Wednesday.

Barely old enough to drive, Austin Lewis, 17, is facing serious felonies that could send him away for decades if convicted.

The charges include DUI manslaughter, vehicular homicide, and unlawful racing. At his arraignment Wednesday, he sheepishly walked up to the podium when his name was called.

His defense attorney Leslie Sammis addressed the judge on the charges.

"On count one, two, and three, applies to my client we are entering a plea of not guilty," stated Sammis. 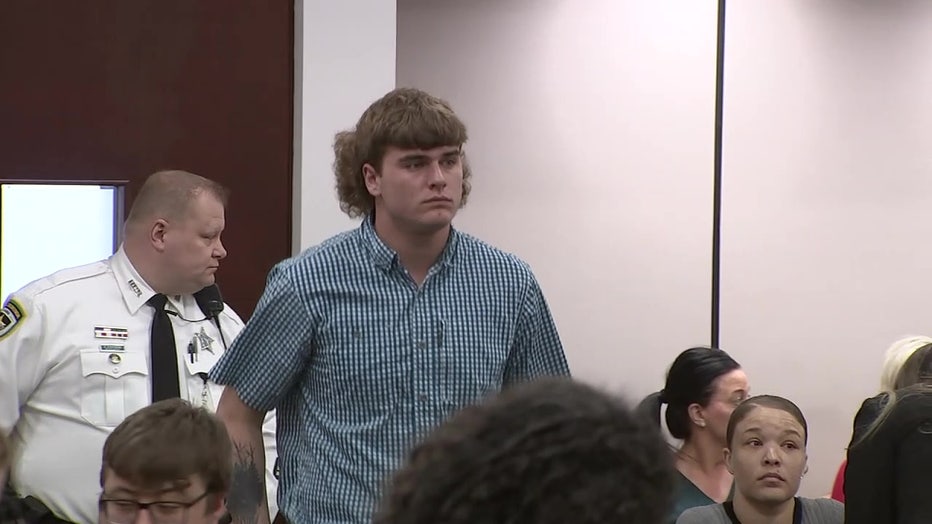 Austin Lewis pleaded not guilty in a Tampa courtroom on Wednesday.

In the early morning hours of July 24, prosecutors say Lewis and another driver, 19-year-old Kristopher Trenker, were illegally street racing on Adamo Drive near 50th Street. A third vehicle drove into their path and Lewis swerved to avoid it. He hit a concrete median and his car went airborne, rolling several times.

Lewis' passenger, 16-year-old Payton Fordyce was partially ejected from the car and died. 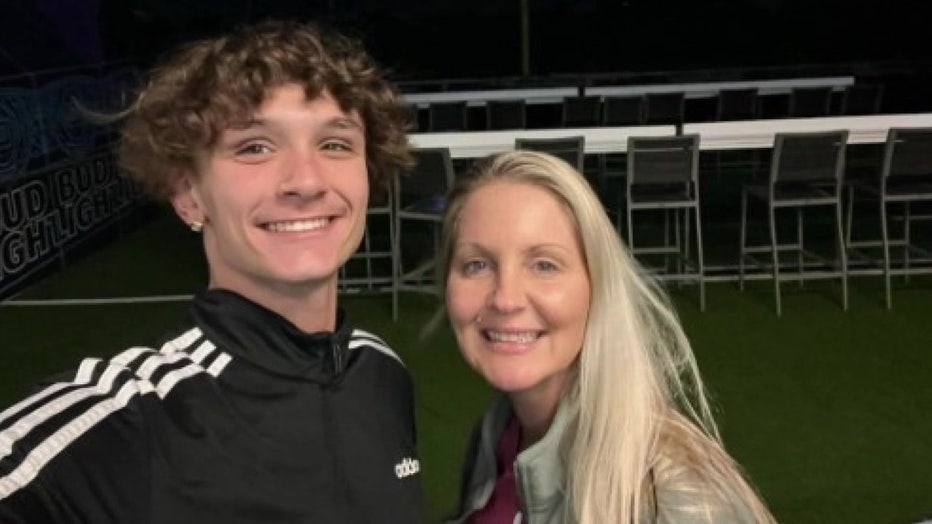 His heartbroken mother, Brittany Bunnell, told Fox 13 she is still trying to cope with losing her only son. "When you’re driving and you have somebody’s life in your hands that should be taken serious and this was just so senseless," she said.

In recent court filings, Sammis requested all the evidence against her client from prosecutors, as they both prepare for a long legal battle ahead. 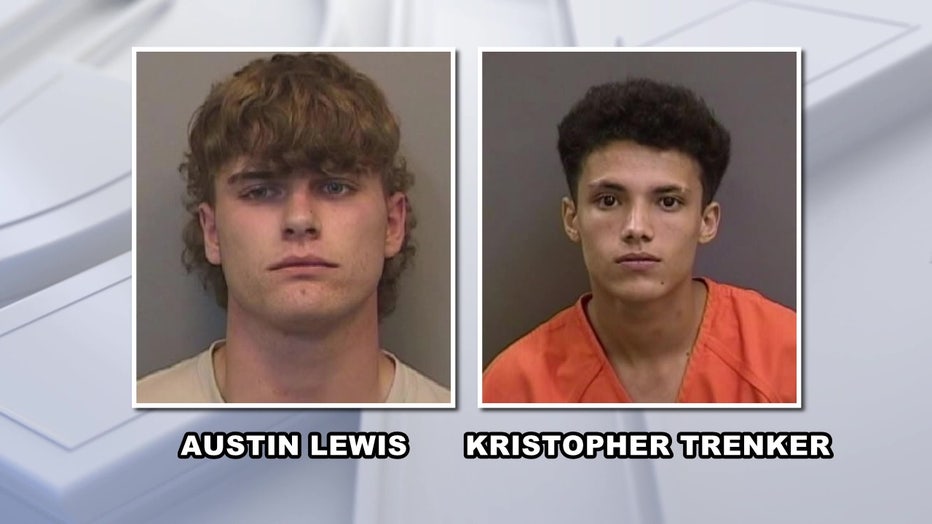 Mugshot of Austin Lewis next to a mugshot of Kristopher Trenker.