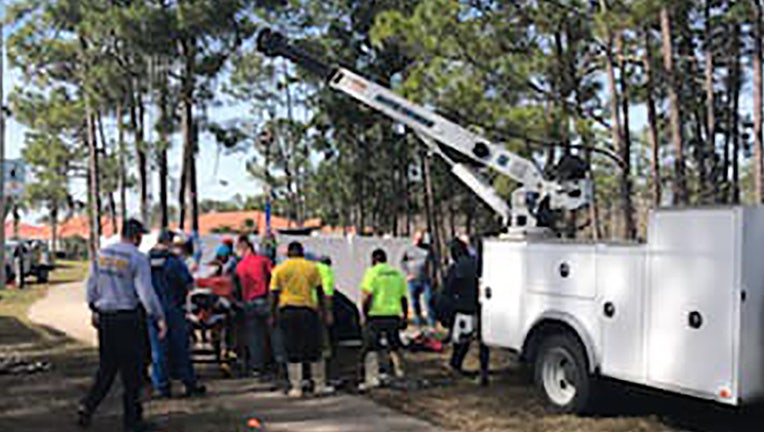 SEBRING, Fla. - Emergency crews in Highlands County were called to free a worker from an underground sewer grinder Wednesday.

According to Highlands County Fire Rescue, the contractor had become "partially entangled" in the device along Edgewater Drive near the Sun ‘N Lake Golf Club.

It took rescuers over 90 minutes to work their way underground and dismantle part of the grinder, then lift out the victim – along with the machinery part, which was still entangled with the worker’s lower extremity – from the pit.

Crews continued working on the victim aboveground for another half-hour. The worker was then flown to the hospital. 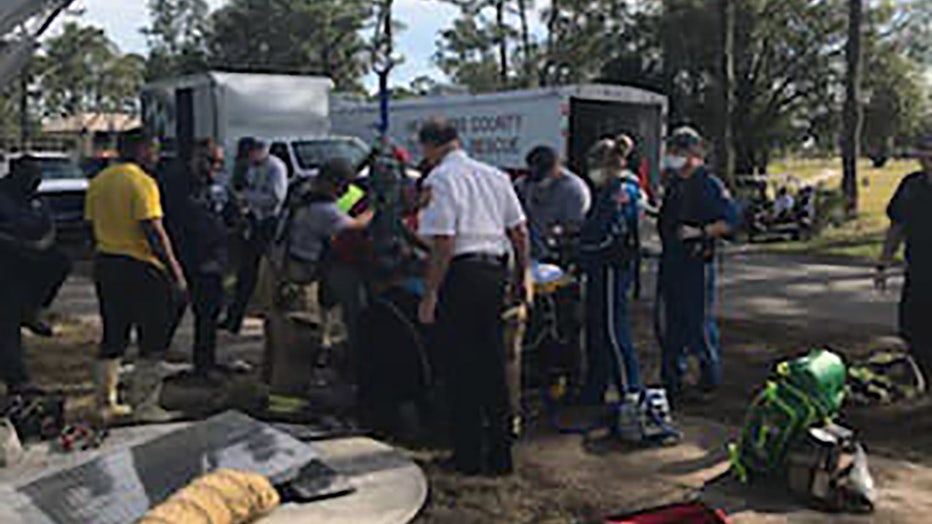 The worker’s identity and condition were not immediately provided.

Grinder pumps are generally used to help move wastewater long distances, often from a building to a sewer main. They use blades to liquefy the waste as it passes. 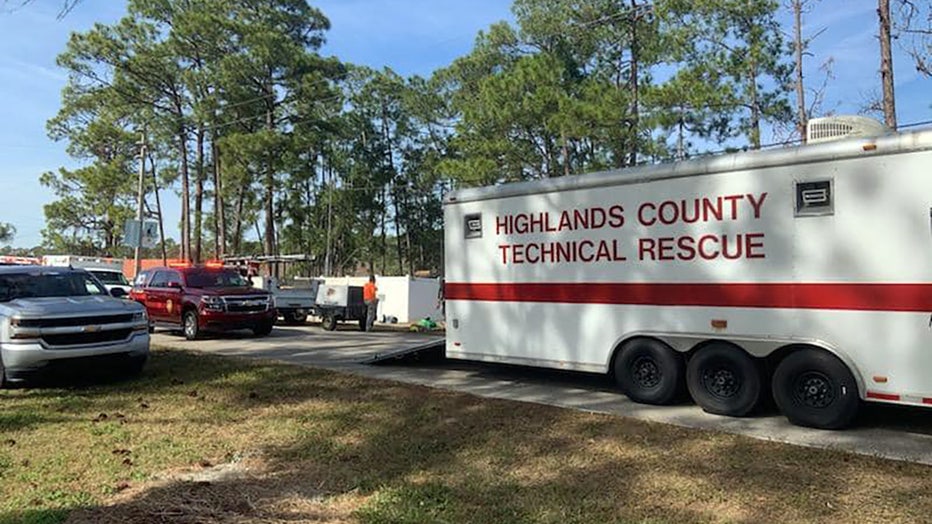