“Honestly if it wasn’t for the good of America, we might not have made it,” said contestant John Zack, hours after arriving in Tampa following a two-month journey that started in Los Angeles.

Racers weren’t allowed to accept money, but almost everything else.

“Tools and water and food and hotel rooms, so they didn’t have to sleep on the side of the road,” said the show’s director Cosmos Kiindarius. 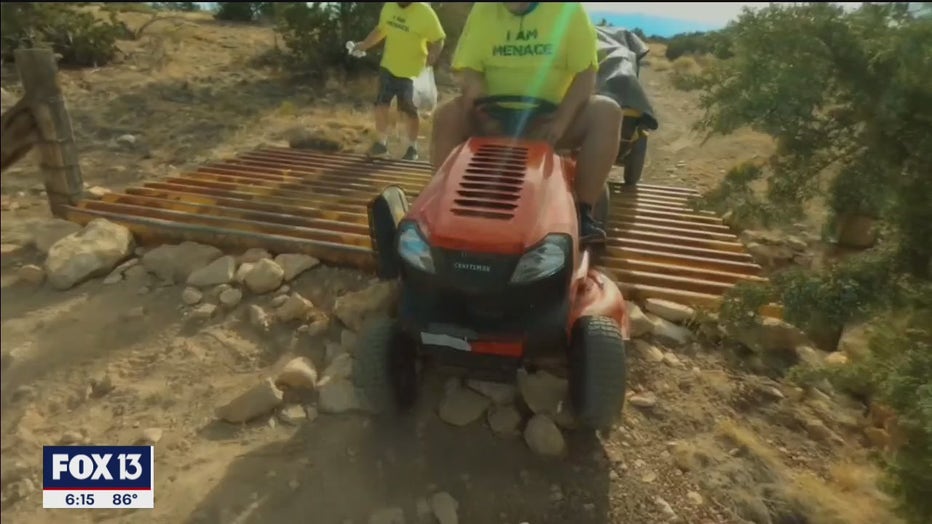 The only conflict, they say, was between teammates over who was a better driver.

“When that happened the police got called but since we had camera crews we played it off like we were filming a scene,” said Zack.

Indeed, it was a scene in this unusual show showing a troop of contestants on lawnmowers rolling up to complete strangers.

“They were shocked,” said Kiindarius. “They were surprised. They thought we were crazy, but they were all kind, and they’re like, ‘Wow, you’re doing that? What do you need?’”

“We also got a lot of hotel rooms donated,” Zack explained. “Either by the hotel, because no one is traveling, or families would get us a room or just take us in.” 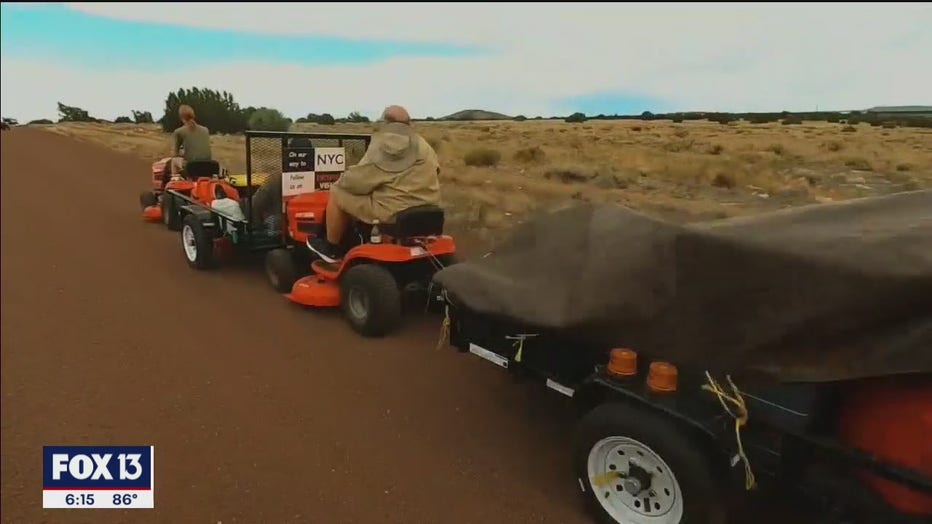 Looking back over thousands of miles they have a view you might not expect.

“It’s being portrayed that everyone hates each other in this country,” said Zack. “But there’s so much good out there. Way more than we expected.”

By the way, they also mowed quite a few lawns along the way in exchange for food and gas.

No winner was declared by press time Wednesday.