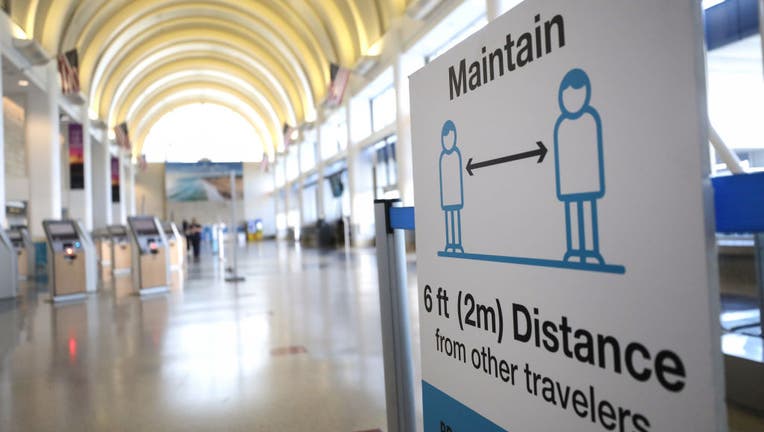 A sign is posted for social distancing requirements at an American Airlines check-in area at Los Angeles International Airport (LAX) amid the COVID-19 pandemic on October 1, 2020 in Los Angeles, California. (Photo by Mario Tama/Getty Images)

The Federal Aviation Administration said Friday that it is seeking civil penalties of $15,000 and $7,500 over two separate incidents. Both happened in August.

In one, a passenger on an Allegiant Air flight is accused of yelling at a flight attendant, hitting him and grabbing his phone while he was telling the captain about the passenger’s behavior.

In the other incident, on a SkyWest Airlines flight, the FAA says a passenger took off their mask, bothered other passengers, and groped a female flight attendant.