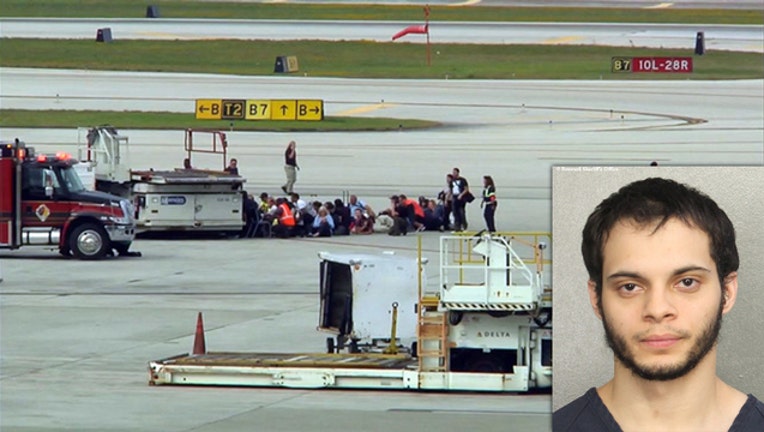 FORT LAUDERDALE (AP) - The suspect in the South Florida airport shooting spree in which five people were killed and six were wounded has pleaded not guilty.

During an arraignment Monday, 26-year-old Esteban Santiago told the judge he understood each of the charges in the 22-count federal indictment. He's accused in the Jan. 6 shooting at Fort Lauderdale-Hollywood International Airport.

The FBI says Santiago flew from Anchorage, Alaska, to Fort Lauderdale with a handgun in a case in checked luggage. Authorities say he loaded the gun in a bathroom and came out firing in a baggage claim area.