Rescuers try to save beached whales in Tasmania

This marks the largest mass stranding ever recorded in the country.

Of those found, 380 have died, making this the largest mass stranding event ever recorded in the country.

Initial attempts to save the surviving animals began Monday when 270 whales were found marooned on a beach and two sand bars near the small coastal town of Strahan.

Tasmania Parks and Wildlife Service Manager Nic Deka told reporters at a news conference Wednesday that the additional group of 200 whales was spotted from a helicopter less than six miles away and that all 200 had been confirmed dead by late afternoon.

Deka reported that teams of rescuers had managed to save 50 since Tuesday. 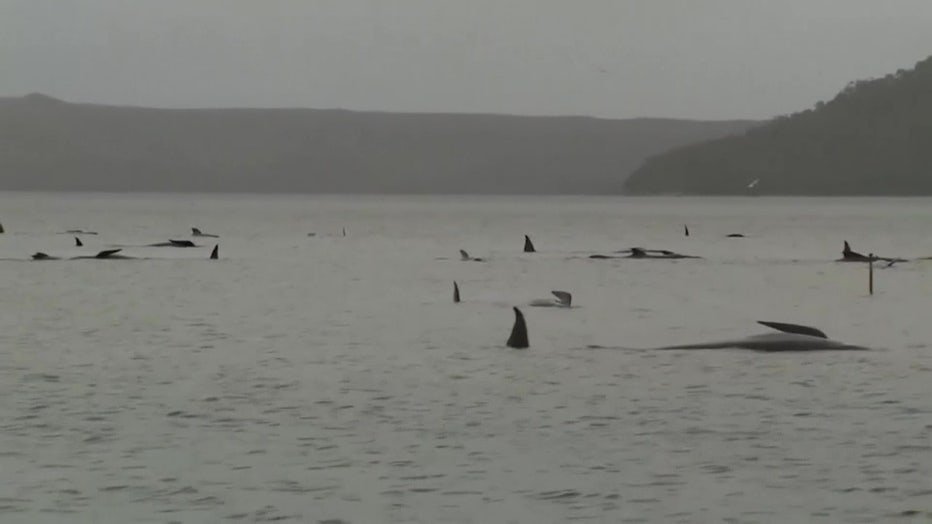 While around 30 whales in the original stranding were moved from Macquarie Harbour sandbars to open ocean on Tuesday using slings and boats, several got stranded again.

By Monday night, about a third of the first group had perished.

Marine Conservation Program wildlife biologist Kris Carlyon explained to reporters that this mass stranding was the biggest in Australia "in terms of numbers stranded and died.”

According to The Associated Press, Australia's largest mass stranding had previously been 320 pilot whales near the Western Australia state town of Dunsborough in 1996. 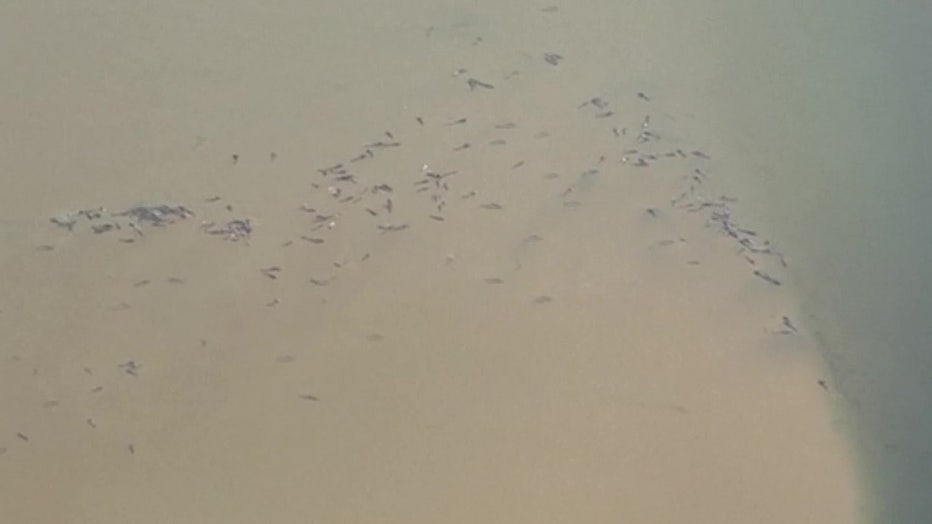 The latest incident is the first involving more than 50 whales in Tasmania since 2009.

Pilot whales are a species of oceanic dolphins that grow up to 23 feet and can weigh up to three tonnes. They are robust and have a chance of lasting several days if the weather stays cool.

Scientists do not know why whales sometimes beach, but they are known to follow a leader and gather around an injured or distressed member of their pod.

Tasmania last recorded a mass stranding in 2009 involving around 200 whales, according to the BBC.

In New Zealand, more than 600 pilot whales washed up on the South Island at Farewell Spit in 2017, with more than 350 dying in the process.