Raptors take the court in Tampa

TAMPA, Fla. - When they moved to Florida in March, Aarti and Mayur Patel had no idea they moved at the perfect time to see their favorite team.

"It just so happened that Toronto Raptors were displaced to Tampa," said Mayur Patel, "and we love the Raptors, so go Raps!"

Amalie Arena traded its ice for hardwood and its blue for red as the Raptors, here because the Canadian border is closed, needed a temporary home during the pandemic.

"We are just happy that we are in Florida and we are able to go see live sports tonight," said Megan Matras, who came to the game from Sarasota with her family.

We The South: Raptors settling into their Tampa home

Just like last year, the Toronto Raptors are opening the season at home, against the New Orleans Pelicans, and every available ticket for the game has been sold. It’s exactly the same. And entirely different.

Only 3,800 tickets were sold for an arena that can normally fit more than 20,000 for basketball.

Seats were sold in pods of two or four and no one was allowed to sit near the court. Spacing was required and there was plenty of plexiglass.

Cheering and booing had to be done through masks.

"It is good, especially if you are sitting next to people you know," said Conan Irvine, who drove to the game from Fort Myers.

The whole thing -- from the visiting home team to Raptors gear for sale in the fan shop to the Raptors' championship banner hanging alongside retired Lightning numbers -- is a reminder that 2020 is one-of-a-kind. 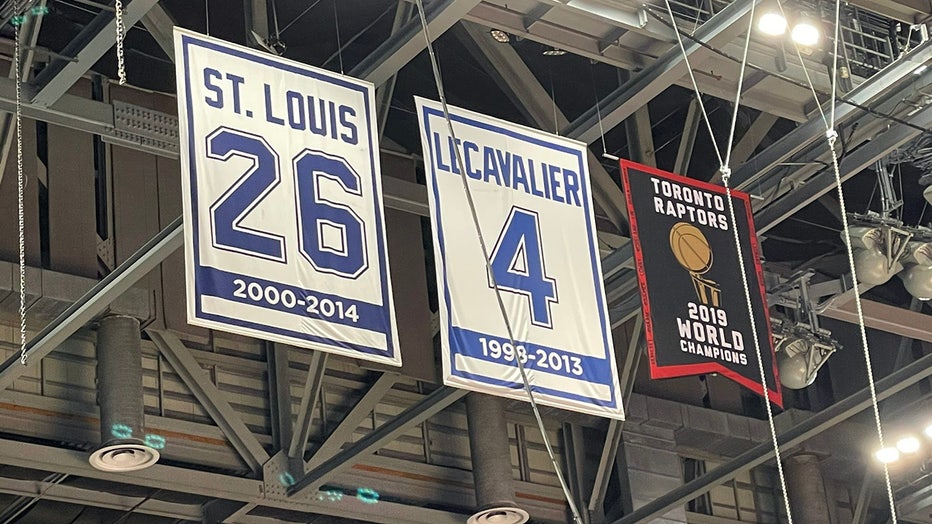 PREVIOUS: We The South: Raptors settling into their Tampa home

"It brings you back to when things were a little more normal," said Aarti Patel, "to be able to enjoy it in a safe atmosphere, which is unreal. This brings a little bit of joy in the year we have had."

The last time there was an NBA game played at Amalie was in 2002, which was a preseason game.

The next Raptors home game is New Year's Eve against the New York Knicks. The team expects to be in Tampa at least until March.