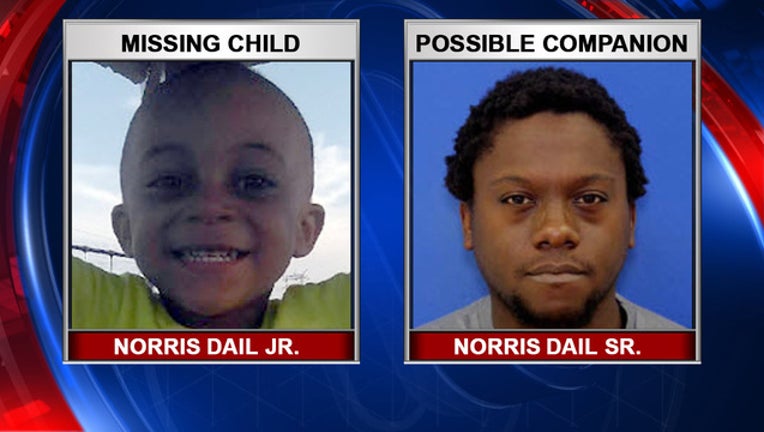 JACKSONVILLE (FOX 13) - An Amber Alert issued for a 4-year-old boy out of the Jacksonville area has been canceled, but authorities are still searching for the boy's father.

Police were concerned for the safety of Norris Dail, Jr. after his mother was found dead.

FOX 30 in Jacksonville reports that the alert came after the sheriff's office found the woman's body in her apartment.

Little Norris was reported to have been traveling with 26-year-old Norris Dail, Sr.  He's described as 6 feet tall and 210 pounds, with black hair, brown eyes, and was last seen wearing a light gray shirt with black shorts.

The now-canceled Amber Alert included information about a possible vehicle being driven by Dail, Sr. It was described as a silver 2000 Mitsubishi Galant, with a Maryland Baltimore Ravens specialty tag number 1BK9546.  There is also a Baltimore Ravens sticker on one of the windows.