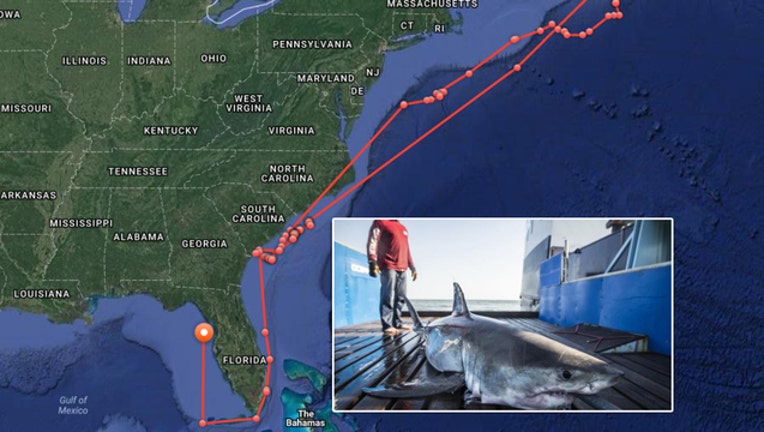 PINE ISLAND, Fla. - A female great white shark named Savannah is hanging out just off the west coast of Florida in the Gulf of Mexico.

According to the tracking site, Ocearch, Savannah pinged just west of Pine Island in Hernando County and appears to be headed north, after swimming past St. Petersburg and Tampa.

Savannah was named after the people of Savannah, who were welcoming to the Ocearch team and have a passion for the ocean, Ocearch says.

"Savannah" is eight-feet six-inches long and weighs about 460 pounds. She was tagged in March of 2017 off Hilton Head, South Carolina.