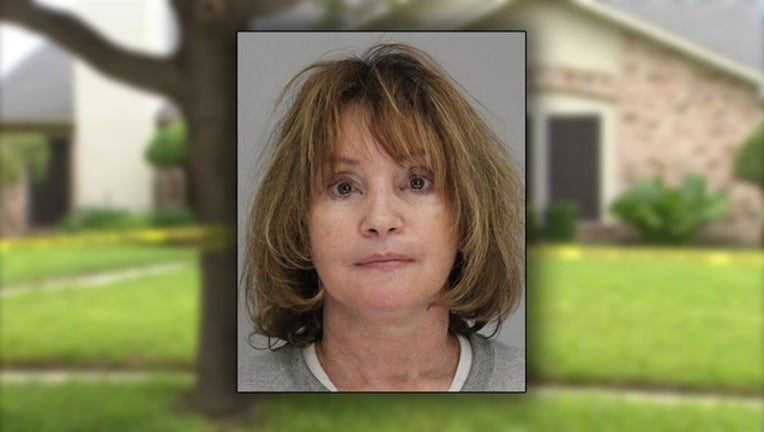 The licensed operator, Rebecca Anderson, is accused of strapping children to car seats for extended periods of time and drugging them to keep them quiet.

Anderson ran a respected and trusted home daycare in mesquite for more than 20 years as a state-licensed caregiver. But the child abuse allegations listed in affidavits are nothing short of disturbing.

The 45-page arrest affidavit is heavily redacted, but it indicates the parents of a 6-month-old boy brought the concerns to light Friday morning. It was the child's father who first became suspicious and attached a small camera to his child's car seat on Thursday.

According to the affidavit's description of the video, "the defendant (Anderson) yanked (the infant) out of his car seat by his ankle to change his diaper. The defendant was later observed pulling (the child) up from the ground by his bib which was attached to his neck."

The affidavit also says Anderson "was then observed drawing an unknown substance from a bottle and administering it to (the child) via a plastic syringe." The parents told police "(the child) does not receive any medications from the defendant and it was unknown what she had given him."

An incident report says the child "did not have any "visible bruising" or "broken bones." When police searched the home, the affidavit says they discovered abuse against other children as well.

"There was definitely some evidence that they may have been medicated and that they were possibly being restrained,” said Mesquite Police Sgt. Joseph Thompson.

Police say Anderson told investigators she would leave the children in car seats for most of the day and "admitted that she gave medication (Tylenol) to make them stop crying and to make her job easier."

"They did appear lethargic,” Thompson said. “And so some of the concerns became that maybe they had been medicated."

The documents also say the children had to be "cut free from the (car) seats."

Police are still interviewing parents of other children in the home to see if they are aware of any other incidents.

“The way she was handling business is definitely cause for concern,” Thompson said.

The father of an 8-month-old child who was in the home at the time says his little girl check out okay. Her blood test did not reveal any kind of medication.

Anderson is charged with 9 counts of felony child endangerment. State regulators say their investigation is still open and active as they determine what's next for Anderson's license.