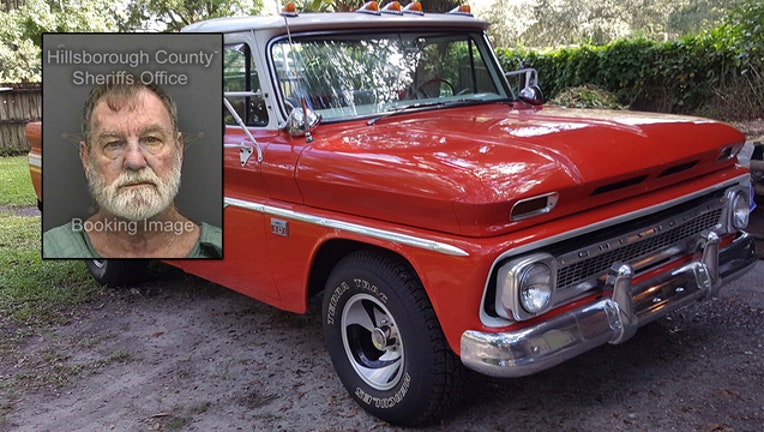 SEFFNER (FOX 13) - An arrest was made in the hit-and-run death of a Hillsborough County mother.

On Sunday, Hillsborough County deputies arrested 71-year-old Henry Earl Riner after they received a Crime Stoppers tip that led to his 1966 Chevrolet pickup truck. The truck was recently painted black, but had damage consistent with the crash that killed the victim, Linda Fisher.

The crash occurred on November 10 around 11:30 p.m. Fisher, a 46-year-old single mother, was walking on Black Dairy Road along the east edge of the roadway when she was hit by a car. Her body was found in a ditch nearby the following morning.

The Seffner man was charged with leaving the scene of a crash with death and tampering with evidence.