LAKE WALES, Fla. - No one can ever be sure what hurricane season is going to throw at us, and this one, which just started June 1, is no different.

Hopefully it will be nothing like 2004, when a triple-hit brought devastation to the Tampa Bay area and central Florida, especially to the normally quiet town of Lake Wales.

"It was like a bomb went off," recalled Paul Womble, director of Polk County Emergency Management.

Lake Wales and surrounding areas in eastern Polk County were hit by three powerful storms, one right after the other that year.

The first one to hit Lake Wales – which was thought to be safe from storms because it sits in the middle of the state – was Hurricane Charley. 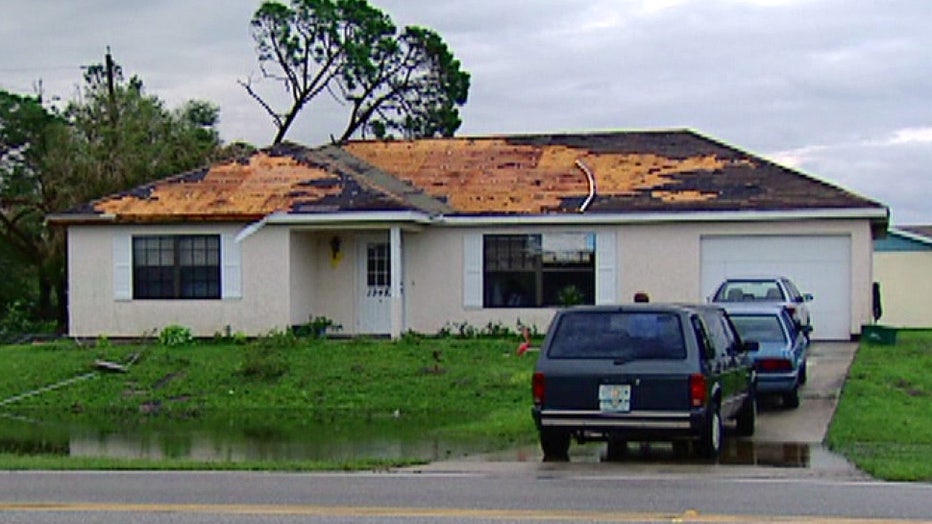 "Hurricane Charley was like a 10-mile wide tornado as it went through our county, and blew things down, blew things away," Womble told FOX 13.

It became known as the city of blue tarps because so many roofs were ripped off.

Without even a breather, Lake Wales then got walloped by two more powerful storms, Frances and Jeanne, which made a bad situation even worse.

FOX 13's Doug Smith catches up with a Lake Wales resident who recorded some of the destruction from Hurricane Charley as it happened. Originally aired August 14, 2004.

"It is all kind of a blur," said Brian Draper," a city firefighter.

Charley ripped his roof to shreds, then the other two storms dumped mountains of water inside, ruining his family’s belongings.

It was a dark moment in the county’s history.

When things finally calmed down, emergency officials sized up the losses. In Polk County, 15 people had died, and property damage exceeded $1.2 billion.