Lithia neighborhood Christmas display is back

LITHIA, Fla. - The musical Christmas lights display along Palomaglade Drive in the Fish Hawk neighborhood is back, and Newsome High School sophomore Ashlyn Cook is taking advantage of her street being in the spotlight by holding a food drive.

Cook is collecting non-perishable food items and money for the local food bank, "Seeds of Hope."

"For me, it’s mainly, I know I’m doing good in the world, and I’m helping people out," she explained. "I see little kids bring spare change if they have a dollar and a few coins, and it makes my heart super warm inside that these kids just want to help and give back to their community in any way they can."

Last year, Cook said she raised over $4,000 and collected about 2,000 canned goods, making 30 bags of food for families benefiting from Seeds of Hope. 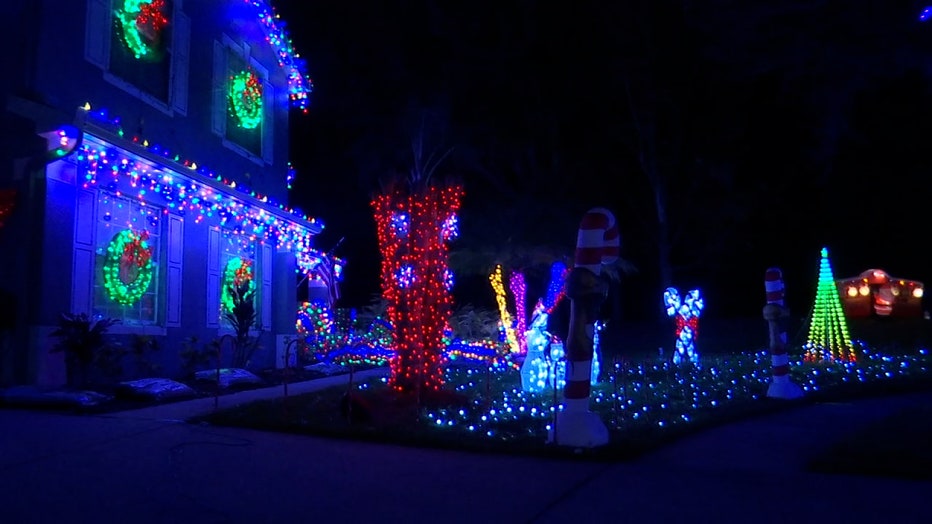 "I love the idea that Ashlyn came up with this and is using an event in her community, something she’s passionate about," said Leda Eaton, the director of Seeds of Hope, "and also making that about a charity focused on giving back to people in need, I think that’s awesome."

Cook said she’ll be on her driveway collecting donations on weekends throughout the month of December starting at 6 p.m. and going until 10 p.m. on Fridays and Saturdays, and 9 p.m. on Sundays. 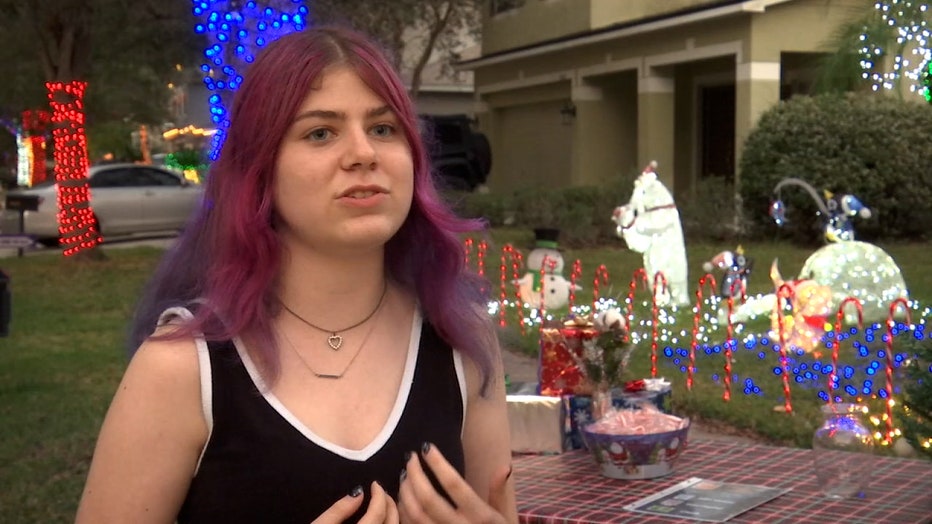 There is also a QR code and a donation box on her driveway along Palomaglade Drive if you want to donate during the week.