TAMPA, Fla. - A Tampa-based company is working on a product aimed at saving lives in the event of another school shooting.

Tom Czyz is a former SWAT operator and police officer. He now runs Armored One, a company partnering with Tampa-based Masonite Architectural to build an "attack-resistant door." He put a model to the test inside Shooters World in Tampa, firing 100 rounds at it from an AR-15. The point was to show in a worst-case, school-shooter scenario, the door would hold up.

"The minute they start shooting, the minute people see them with a gun, they know law enforcement is on the way. They're going to kill as many people as possible. If we can disrupt that and slow them down it saves lives by buying time," Czyz said.

In this setup, the doorway represents the kind that would lead into a classroom setting.

"Most of those attackers are already in the building so you want to make sure you’re protecting those classrooms," said Kyle Freund with Masonite Architectural. 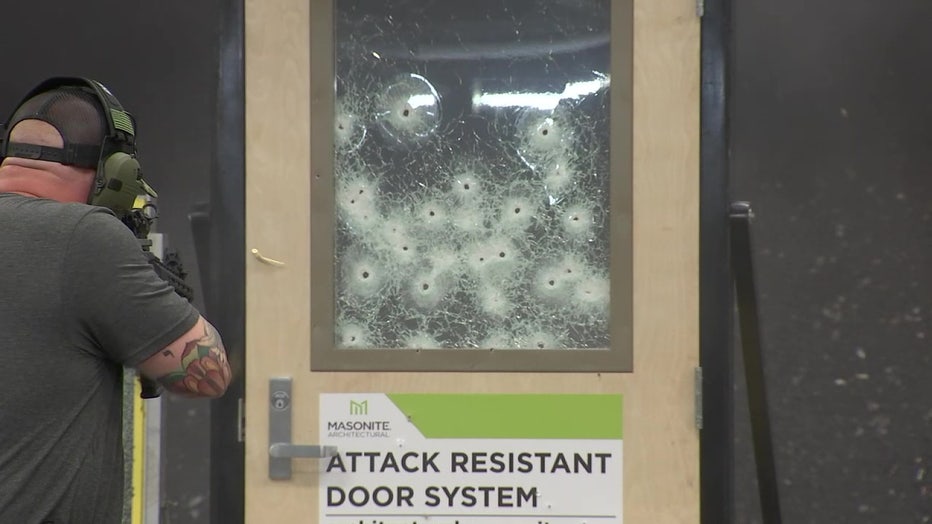 The major question is cost -- is a hardened door like that affordable for districts? The manufacturers say yes. According to school building experts, the average interior school doors run about $440 each. Masonite says these hardened doors are about 20% to 30%, running up to around $700, depending on specs.

They say it is a small price to pay for peace of mind.

"We're willing to pay 20% more for new technology, but what good is tech if our kids are traumatically injured or shot and killed," Czyz added.