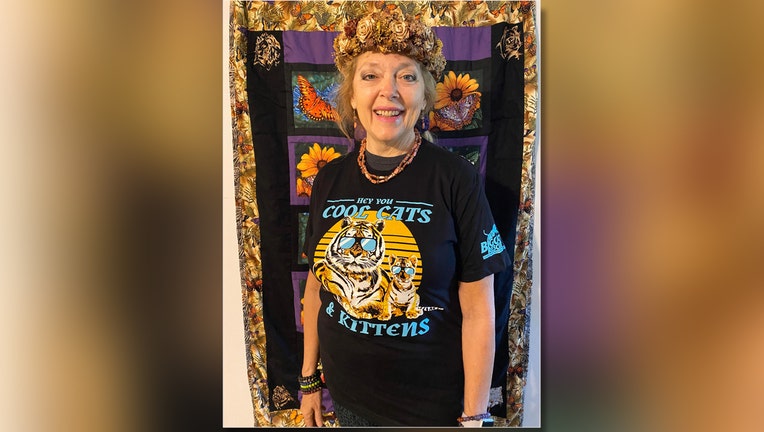 Folks in the Tampa Bay area have not been surprised by the popularity of Netflix's docu-series "Tiger King," which gives an inside look at the lives of several big players in the world of exotic felines.

The show's title character -- Joseph Maldonado-Passage, aka Joe Exotic -- is now in prison after being convicted of crimes related to animal abuse and a murder for hire plot against Carole Baskin, the founder of Tampa's Big Cat Rescue and another central figure in the show.

The intrigue surrounding the storylines in the show has produced large followings of people, some who have taken sides with Maldonado-Passage or Baskin. Even the president of the United States has commented on the show during recent news conferences.

Baskin, however, already had a supportive following around the world, long before the show catapulted her and her organization into the international spotlight. She addresses followers in videos posted on the Big Cat Rescue Facebook page, always using her signature greeting, "Hey, all you cool cats and kittens!"

A 4-year-old in California has gone viral for her newest video where she dresses as Joe Exotic and Carole Baskin, with the mullet and floral crown to top it all off.

Since the popularity of "Tiger King," what was once a salutation for supporters of Big Cat Rescue has now become part of popular culture.

"Cool cats and kittens" memes have flooded social media feeds across the globe for the better part of 2020, so far.

The phrase is so popular, Baskin and Big Cat Rescue debuted a limited edition logo printed on tees and sweatshirts, which are being sold to benefit the exotic feline sanctuary in Tampa.

The logo features an adult and baby tiger, both wearing sunglasses and sitting in front of a retro-gradient setting sun. The text above and below the tigers reads "Hey you cool cats & kittens" and there's a Big Cat Rescue printed on the sleeve.

In a post on Big Cat Rescue's Twitter page, Baskin said this was her "first-ever limited edition tee that I designed just for you!" The post says the shirts will only be available until May 19, 2020 and 100% of the net proceeds will support Big Cat Rescue.

The post also includes a photo of Baskin wearing the t-shirt, standing in front of a backdrop of butterflies and flowers, and wearing a crown of flowers.