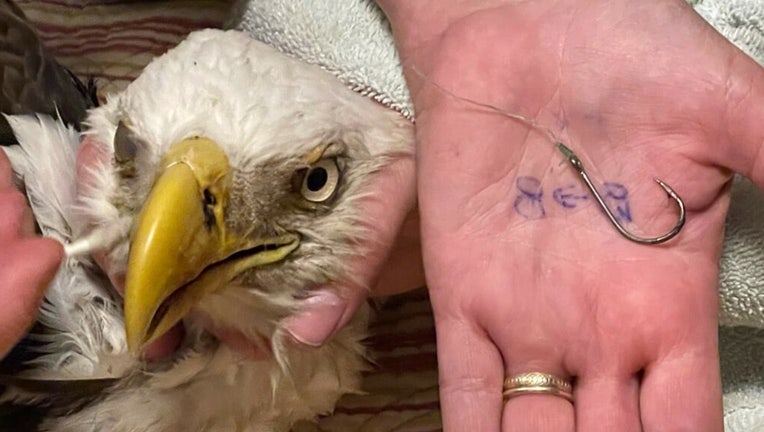 HUDSON, Fla. - A bald eagle that was found underweight with a fishing hook through its beak is expected to be OK with the help of two kids, Pasco County firefighters, and a wildlife sanctuary.

Around 4 p.m. Thursday, those inside Station 21 heard a knock. When they opened the fire, there were two kids holding an injured bald eagle.

According to Pasco County Fire Rescue, the eagle appeared tired. In addition to the hook that was pierced through its beak, a fishing line was wrapped around one of its wings. Officials said the line was preventing the bald eagle from eating and flying.

The fire crew contacted the Owl’s Nest Sanctuary in Odessa and a volunteer arrived soon after. The volunteer estimated the eagle was wrapped in the line for about two days. It was underweight and dehydrated.  The eagle was taken to the sanctuary. 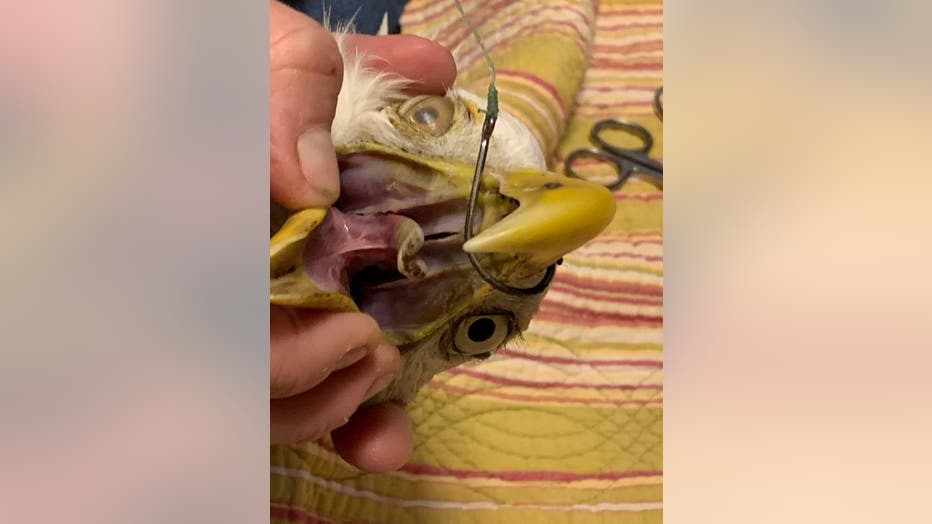 The hook has since been removed and after an examination, it appears the eagle will be OK, according to Owl’s Nest Sanctuary. It will be moved to Busch Gardens for further treatment.

"Thankfully, the Eagle appears in good health, and veterinarians believe that the Eagle will fully recover," according to a statement by Pasco County Fire Rescue. "After the Eagle is cleared from Busch Gardens, it will be released back in the area of Station 21." 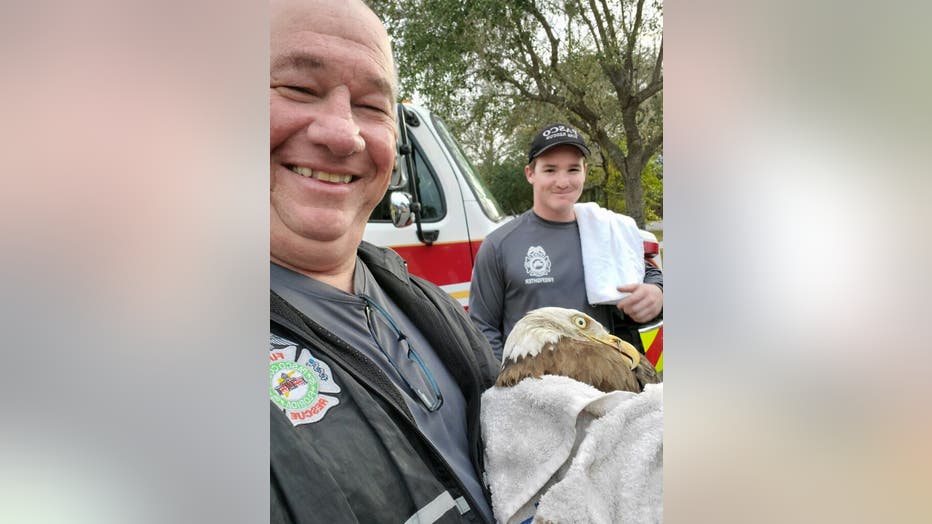 Hooking a bird is not uncommon in Florida. The Florida Fish and Wildlife Conservation Commission advises people to properly dispose of their fishing line so it doesn’t endanger wild animals.

If you accidentally hooked a bird, FWC offered tips, which include not cutting the line. 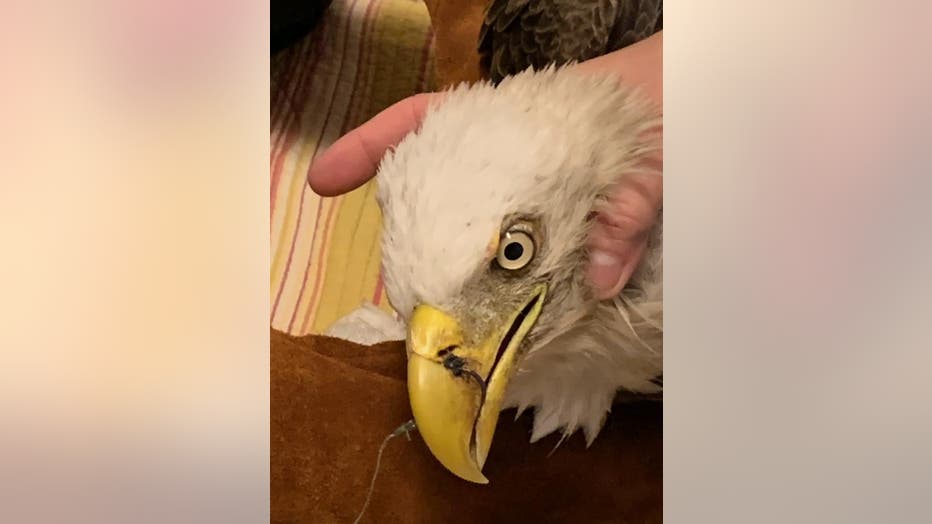