TAMPA, Fla. - Tampa's code enforcement and police officers will be stepping up patrols during the next two weeks to ensure businesses are enforcing COVID-19 regulations, officials told FOX 13 Tuesday.

The city's Neighborhood Enhancement Division, or code enforcement, said all of its officers will be focusing primarily on bars and restaurants to make sure customers and staff are following the rules during the two weeks leading up to the Super Bowl.

"We're expanding our coverage, so it's an all-hands-on-deck situation," said Keith O'Connor, Neighborhood Enhancement Manager. "We're adjusting our schedules accordingly so there will be seven-day coverage, which is not normal." 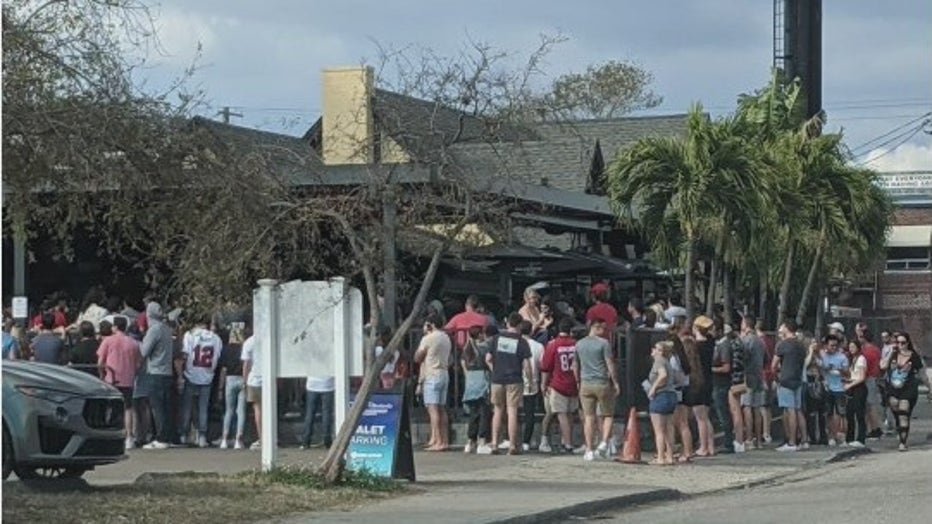 Photos taken during the NFL playoff games this past Sunday show large, mostly-unmasked, crowds of people gathering outside bars in the South Howard area of Tampa.

O'Connor said this needs to stop, especially during the next two weeks, when tens of thousands of visitors pour into Tampa.

"There's going to be a lot more people here, a lot more crowds at the bars, in the entertainment districts and coming at this time where we are in the pandemic; it is a concern," O'Connor said, adding while most businesses do comply, there are some that have had issues. "As the night progresses, bars get more crowded and it gets more difficult and sometimes, it seems like they're kind of giving up on trying to enforce the rules."

"The vast majority of the bars and restaurants are complying and do what they are asked to do. Unfortunately, we have had to cite some of those that are repeat offenders," added Tampa Mayor Jane Castor. "The Super Bowl comes to town, it's even more important when we have people from across the United States here and people around the world watching Tampa Bay. All eyes of the world are going to be on Tampa Bay and we need to show that we are doing the right thing."

Visitors will be expected to know the rules too.

"They're going to hear it from the minute they get off the airplane that this city has a mask mandate in place," O'Connor said. "They're going to see and hear the signs of all the enforcement efforts and we're trying to get compliance."

Fines range from $150 to $450 depending on the number of offenses committed by a business that's being cited.