NORTH PORT, Fla. - It's an honor few will experience.

"You can tell your children and your children's children that you participated in the 59th inauguration of the president of the United States right here in Washington, D.C," one speaker said.

"Our men and women are very proud to be here this time as we were last time," he said.

As Joe Biden is sworn in as the 46th president, 21 officers from the North Port Police Department will be present on the parade route at the U.S. Capitol.

"It's very American of us to support that transition and to help our brothers and sisters in law enforcement keep the peace," Fussell told FOX 13.

Law enforcement from across the country are joining together with one goal: the peaceful transition of power from one administration to the next. 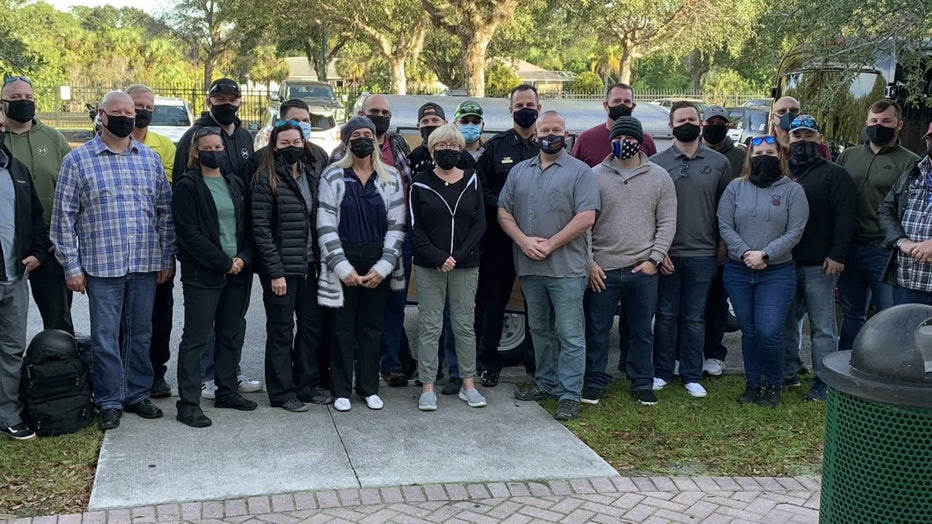 "We are representing a large group of police officers from around the nation, it’s not just us," said Bradenton Police Captain Brian Thiers.

It's the second time Thiers has served an inauguration.

"This time is a little more different, definitely a heightened sense of security," he said. "A lot more law enforcement and military personal that we’ve seen. The District of Columbia is a fortress."

As they prepare to welcome in a new president, Thiers said their day will remain like any other.

"For us, we are going to do what we do and do it well. That’s our goal. To help out Metro DC, U.S Marshals, the Secret Service -- any way we can -- to ensure that this goes off like it’s supposed to," Thiers added.