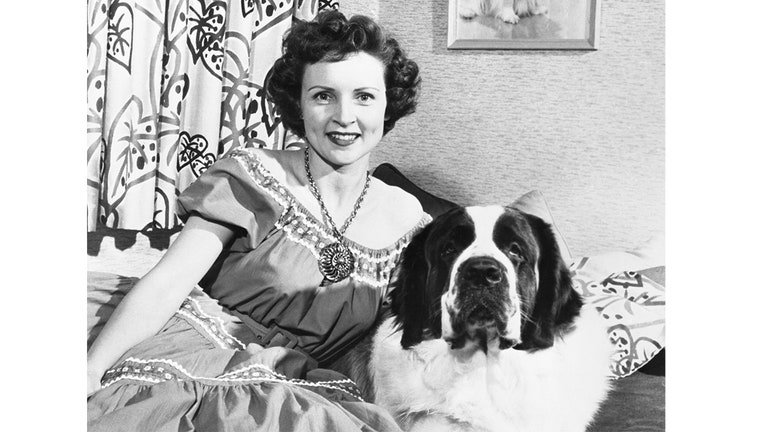 "Stormy" is a huge St. Bernard, one of the three pet dogs Betty spent her few leisure moments around the house enjoying. Her schedule's too full for romance, she said at the time, "and how would the real Cinderella like those apples." (Getty Images)

TAMPA, Fla. - With the combination of Betty White's legacy, waiving adoption fees, and, of course, those adorable faces, over 1,000 cats and dogs found their forever home.

It was all for a good cause, which Hillsborough Pet Resource Center said was inspired by the Betty White Challenge, which encouraged people to donate to animal shelters in White’s honor following her death on Dec. 31, 2021.

Between January 17-31, the animal shelter waived adoption feeds. They decided to do it again for another 100 days, starting on February 1 with the promotion ending May 11.

On Friday morning, the Pet Resource Center announced they completed their tallying and said 1,026 animals were adopted from the back-to-back promotions.

"The promotion helped hundreds of dogs and cats find their forever home, but the need for adoptions and foster parents remains high, particularly as kitten season begins," according to the shelter's news release. "Betty White would have been proud."

Dogs and cats at the shelter are microchipped, vaccinated, registered, and spayed or neutered.

White was a lifelong animal lover who worked tirelessly to raise money and support various causes. White died from natural causes on Dec. 31 at age 99.