CAPE CANAVERAL, Fla. - As a senator, Bill Nelson always made it clear that space was his passion. Now, it will be his day job.

"Most every piece of space and science law has had his imprint," Biden said.

As a Democratic senator for 18 years, he fought to get contracts to Florida for the space launch systems, and the state still boasts of 130,000 space industry employees among 17,000 companies. 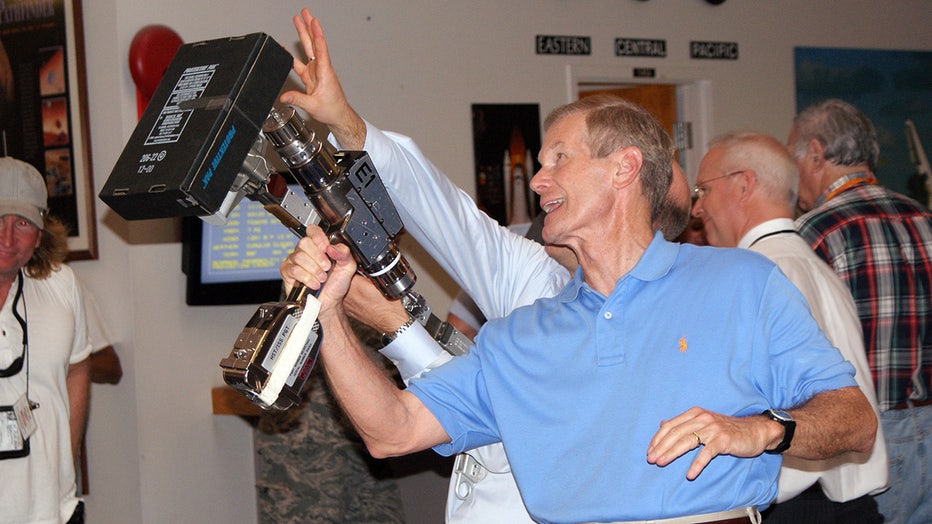 "It does give us a home-field advantage by having Senator Nelson possibly as our next NASA administrator," said Dr. Philip Metzger, a planetary scientist at the University of Central Florida.

Questions remain on how he will navigate public-private partnerships as the moon and Mars become more realistic goals.

"Things have evolved so much in just the past 10 years that people are wondering if he is going to have the right leadership style for the new NASA," said Metzger.

The former deputy administrator of NASA, Lori Garver tweeted "Nelson's legacy is the monster rocket, and in some ways it is poetic justice that it will be his cross to bear."

What are President-elect Biden's plans for NASA?

NASA has big plans to send humans back to the moon and then to Mars. But President-elect Joe Biden could make big changes to the space program. He says he wants to boost NASA budget and review its priorities.

She's referring to a public project he supported that is now billions over budget and behind schedule. Nevertheless, she is urging him to support what's in place now, including programs the rocket is slated to be part of.

"You can't run a space program that way," he said. "You have to have long-term vision that survives administration to administration."

More than 50 years ago, the first of 12 astronauts walked on the moon. Florida launched all of them, and they in turn helped launch what we currently know as Florida.

The president's announcement said, in 1986 Nelson flew on the 24th flight of the space shuttle, orbiting the earth 98 times over six days.

If confirmed by the Senate, Nelson will become NASA’s 14th administrator, succeeding another former member of Congress, Jim Bridenstine, a Republican from Oklahoma.

It is unclear when Senate hearings will begin on Nelson's nomination.

PREVIOUS: What are President-elect Biden's plans for NASA?

This is a critical time for NASA as momentum accelerates in the commercial space program.

SpaceX is about to launch its third flight of astronauts to the International Space Station for NASA; Boeing is expected join the crew delivery effort later this year. Space station supply runs, meanwhile, have been handled by private companies under contract to NASA for nearly a decade.

At the same time, NASA is teaming up with private companies to launch experiments and equipment to the moon, and also lunar landers that would deliver astronauts to the surface. Just Thursday, NASA conducted a successful test firing of the core stage of its SLS moon rocket — the Space Launch System.

The new moonshot program is named Artemis after the twin sister of Apollo, and intends to include a woman on its first moon landing.