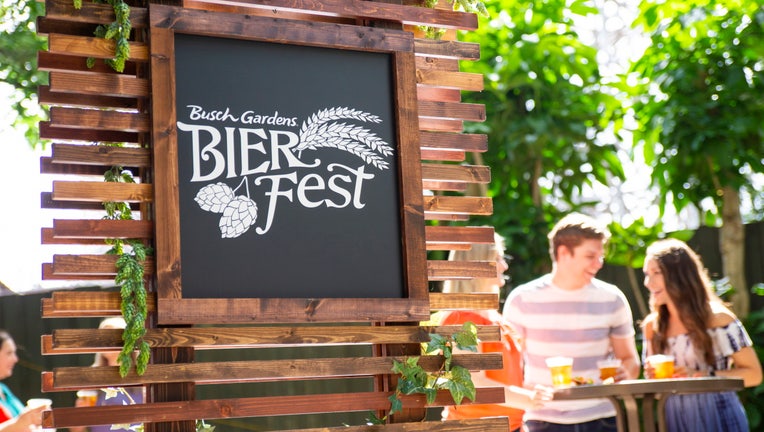 TAMPA, Fla. - Busch Gardens Tampa Bay's annual Bier Fest is returning for its fourth year, and the event will start earlier than in years past.

The theme park announced that its fourth annual festival, which features plenty of beers and bites for guests to enjoy, will return August 13. That's about a month earlier than last year's Bier Fest.

More than 50 varieties of IPAs, wheat ales, stouts and other craft brews will be featured, with a spotlight on Florida breweries.

The brew-inspired dishes available for purchase at more than a dozen culinary locations in the park will also incorporate local, regional and national beers in their recipes.

In addition to featuring beer, the festival will also offer frozen cocktails, seltzers and non-alcoholic beverages as well.

Bier Fest will include Tampa Bay area breweries such as:

Other breweries featured during the event include:

Bier Fest opens Friday, Aug. 13 and will run each Friday through Sunday through Oct. 31.

LINK: To check out the full menu for Bier Fest or to read more details on this year's event, click here to visit Busch Gardens Tampa Bay's website.