TAMPA, Fla. - For the last 30 years, Michael Lewis has been a staple in the local live music scene, running the front door and security at concert venues in Tampa and St. Petersburg.

"He was the face of the business, the first person you saw, he was checking your ID, he was taking our tickets," recalled friend Robert Douglas.

Douglas met Big Mike in the late 1980s, and says his smile and heart were even bigger than his biceps.

"He was just the sunniest, most friendly, accommodating, humorous, gentle soul you could ever hope to meet," Douglas said. "I just can’t believe he’s gone."

Family members tell FOX 13 News the 58-year-old started having difficulty breathing about two weeks ago. He tested positive for COVID-19 on May 8 and went to the hospital. Big Mike developed severe pneumonia, and within a matter of days, he passed away.

A man who had been perfectly healthy and in great shape was gone. 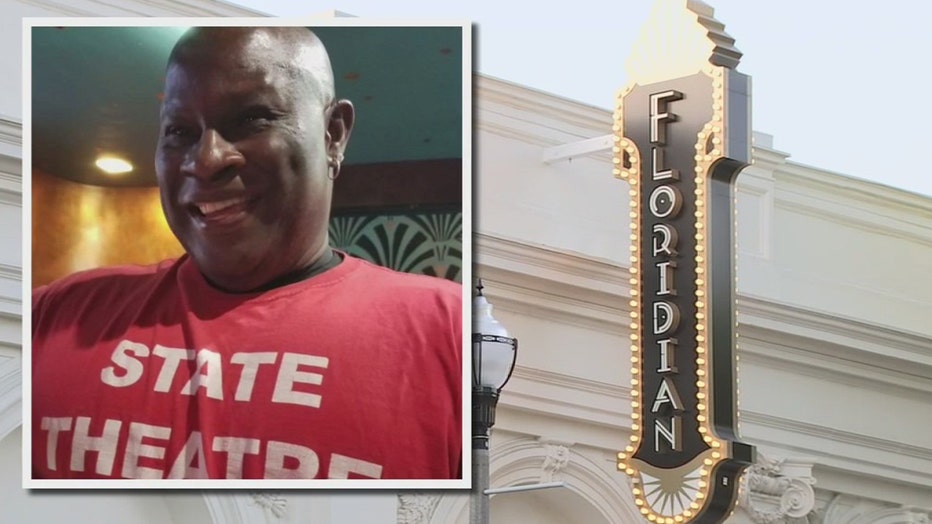 "He was a serious guy when it came to his own well-being, which is why this is even so much more of a shock," said Douglas.

Loved ones say the father of four had the ability to light up a room, and put a smile on anybody’s face.

For about the last two decades, it was folks coming to see a show at the State Theatre, now reopened as the Floridian Social Club.

Friends, co-workers, and regulars have been posting online, recalling fond memories over the years.

"I don’t think he even really knew how many people were gonna miss him, he was universally loved," said Douglas.  "And always will be."

A memorial service for Big Mike is planned for this Saturday, May 22.