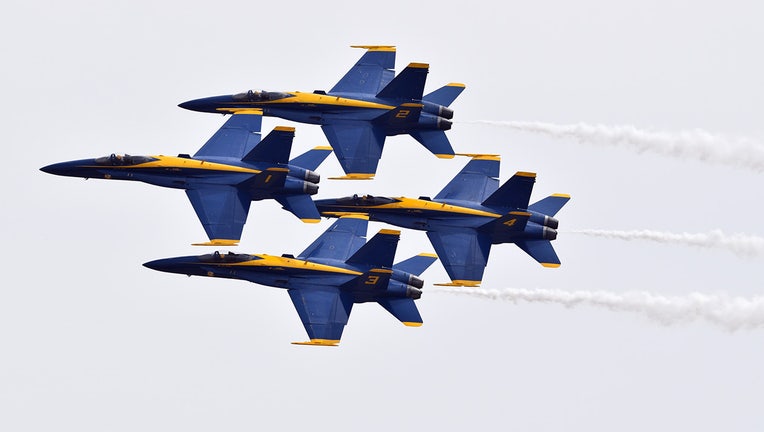 TAMPA, Fla. - The Blue Angels have been seen in other parts of the U.S., flying over cities to honor healthcare workers, first responders and other essential workers during the COVID-19 pandemic.

Last week, The Washington Post reported the Blue Angels will fly over Miami, Tallahassee, Jacksonville and Tampa but an exact date and time have not been set. "Routes are still changing" the U.S. Navy told FOX 13 in a statement.

"We will announce our next flyover 48 hrs prior with more specific route information 24 hrs prior," according to the U.S. Navy.

MacDill Air Force Base posted an update to its Facebook page on Tuesday, saying Tampa is not yet confirmed.

The flyovers are part of a campaign during the pandemic that the U.S. Department of Defense is calling "America Strong."

In March, the MacDill Air Force Base announced its annual AirFest will be postponed. The popular show, which features the U.S. Navy Blue Angels, was originally scheduled for March 28-29.