Now having a quarterback like Tom Brady, who has won more Super Bowls than any other single player in the history of the league, Tampa Bay head coach Bruce Arians is planning to have the last laugh by the end of the season.

TAMPA, Fla. - Tampa Bay Buccaneers’ head coach Bruce Arians has played with some of the best.

During his long coaching career, Arians has worked with the who’s who of quarterbacks between Peyton Manning, Ben Roethlisberger, Andrew Luck and Carson Palmer.

Lured out of retirement in 2018 to put the Bucs back on the map, the legendary coach now has an all-star team that might finally make a less-than-ideal winning percentage a thing of the past. 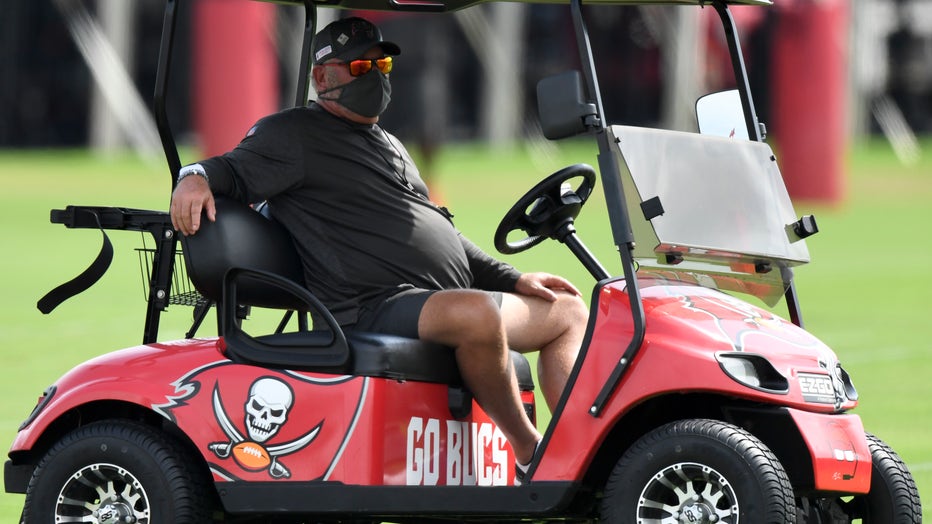 FOX Sports’ Jay Glazer sat down — virtually — with Arians, who hopes to reclaim the victory his team once tasted in a 2003 Super Bowl win.

Now having a quarterback like Tom Brady, who has won more Super Bowls than any other single player in the history of the league, Arians is planning to have the last laugh by the end of the season.

“We’ve got a nice team on paper, he [Brady] obviously is the marquee thing, now we gotta go out and do something about it,” Arians said.

Out of every legendary quarterback that he’s led, Arians finds Brady has the most fun playing the game.

“He’s a little kid,” Arians said about the 43-year-old NFL legend, who recently parted ways with a loyal New England fan-base looking to bring some seasoned perspective to Florida. 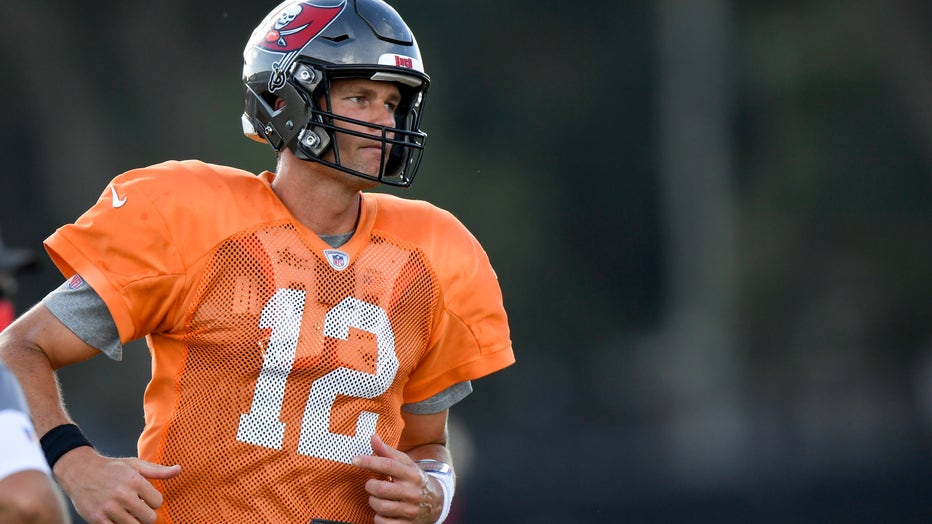 Tom Brady #12 of the Tampa Bay Buccaneers warms up during training camp at AdventHealth Training Center on August 20, 2020 in Tampa, Florida.

When asked if he would “walk off into the sunset” if he wins a Super Bowl, Arians simply replied, “No, we’ll try for two.”

For their upcoming match-up against New Orleans, Saints cornerback Marshon Lattimore suspects he and his defensive teammates are in for some surprises against Brady and the new-look Tampa Bay Buccaneers.

Normally, division rivals are relatively familiar with one another. But there is no game video showing how ex-Patriots star Brady, unretired tight end Rob Gronkowski and newly acquired running back Leonard Fournette fit into Bucs coach Bruce Arians’ offensive system.

The coronavirus pandemic wiped out the preseason schedule. Now comes the regular-season opener on Sunday, when the Saints will field the very first defense to test Tampa Bay's revamped attack.

“We just know it’s Tom Brady,” Lattimore told the Associated Press. “He’s going to have something that we haven’t seen from Tampa Bay.

“We’ve just got to be prepared and got to be ready for anything,” Lattimore added. “We just don’t know. We just go out there and play, and when we see it, we’ve got to play it well.”

There will be no fans at this game. And while the NFL is allowing simulated crowd noise to be played through each stadium’s sound system, it’s capped at 70 decibels, which players say is considerably quieter than usual.

It doesn’t help New Orleans that Brady likely will have the benefit of being heard at the line of scrimmage, which is not usually the case for visiting quarterbacks in the Superdome.

“The dome — it can’t be recreated,” Lattimore said. “It’s not going to be nothing like it usually is, but that’s something we can’t control.”

*The Buccaneers open their season against the division-rival Saints in New Orleans on Sunday, Sept. 13. You can catch America's Game of the Week on FOX Sunday at 4:25 p.m. ET.*