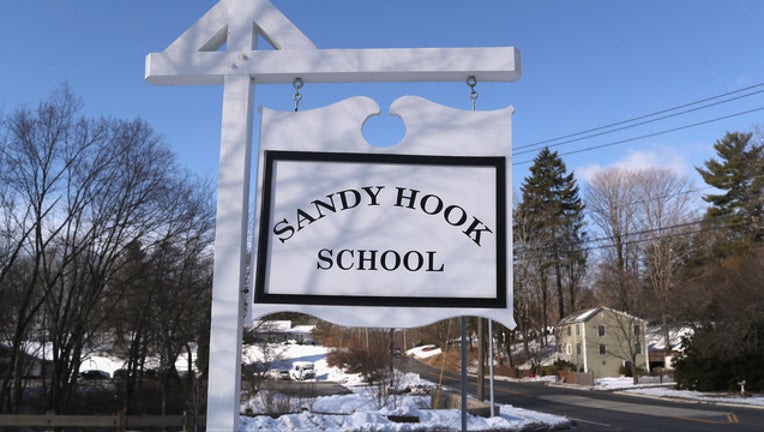 A sign stands near the site of the December 2012 Sandy Hook school shooting on the day of the National School Walkout on March 14, 2018 in Sandy Hook Connecticut. (Photo by John Moore/Getty Images)

NEWTOWN, Conn. (AP) -- A bomb threat forced the evacuation of the Sandy Hook Elementary School on Friday, a day of memorial services and moments of silence to mark the sixth anniversary of the massacre of 20 first-graders and six educators.

Teachers and students at the school were sent home for the day after the threat was called in around 9 a.m., and police did a sweep of the building. But they said they did not believe the threat was a credible. Authorities said it specifically referenced the anniversary.

"Obviously there's a heightened level of anxiety," police Lt. Aaron Bahamonde said. "It's not unexpected that these anniversary dates bring out the evil in some people."

Bahamonde said police were trying to determine who made the threat. It wasn't immediately clear if it was related to bomb threats made nationwide Thursday.

A 20-year-old gunman shot his way into the school on the morning of Dec. 14, 2012, and killed the 26 victims before fatally shooting himself. The school building where the shooting happened was razed and a new one was built at the same site.

Church bells in Newtown chimed in the morning, and all town offices were closed from 9:30 a.m. to 9:45 a.m. To honor the shooting victims, Gov. Dannel P. Malloy ordered all state and U.S. flags in Connecticut to remain at half-staff, where they have been in honor of the late President George H.W. Bush.

"The unthinkable tragedy that occurred on this day will forever have an impact -- not only here in Connecticut, but throughout the entire nation," Malloy said in a statement. "I think about these innocent, young children and generous, kindhearted educators every single day. I will always keep them in my prayers."