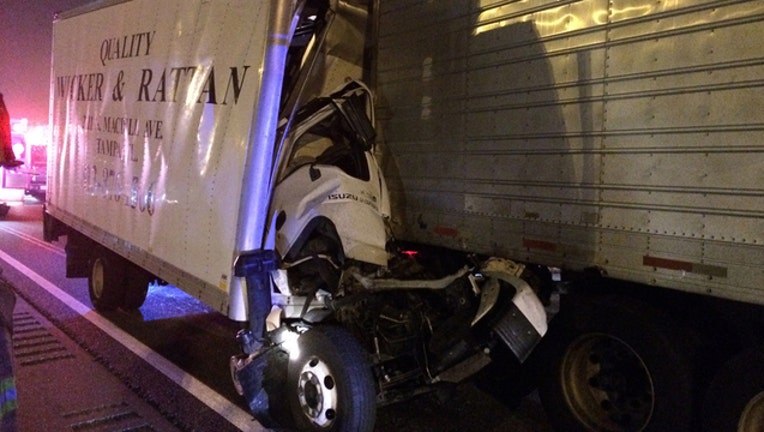 Hernando County Fire Rescue says it happened around 6:15 a.m. when a box truck rear-ended a semi-truck.

An image from the scene shows the impact completely crushed the cab and front end of the box truck, which appears to belong to "Quality Wicker & Rattan" located on MacDill Avenue in Tampa.

I-75 northbound was temporarily shut down,  but later reopened to allow at least one lane to pass.

The Florida Highway Patrol is now looking into what caused the crash.