Bradenton family has been growing poinsettias for decades

BRADENTON, Fla. - Every Christmas, Americans buy more than 30-million poinsettias. The flaming red plants originated in Mexico.  According to legend, a girl planted weeds near a nativity scene and they bloomed into flaming red stars on Christmas.

Joel Poinsett, our ambassador to Mexico, brought the Christmas flower to the United States in the 1800s, and we named it after him. The Ecke family in Southern California played a key role in growing, promoting, and selling them across the United States.

The plant’s popularity took off, and the U.S. adopted Mexico's tradition as a staple of Christmas.  Sales in the United States now top $140-million a year.

While the Eckes spread the poinsettia craze from California, the Orban family made it take off in Bradenton, Florida.

Marty Orban ran the farm for many years. It all started with Marty's great uncle Martin and father Bill. The family started growing poinsettias in the 1940s, and their Florida operations took off in the 1970s.

Marty passed away during the 2019 harvest, and his son Tyler took over -- becoming the fourth generation to run the family business.

"It is important to me. I definitely want to make him proud and make my grandpa proud, and the rest of the community and family and everyone else," he said. 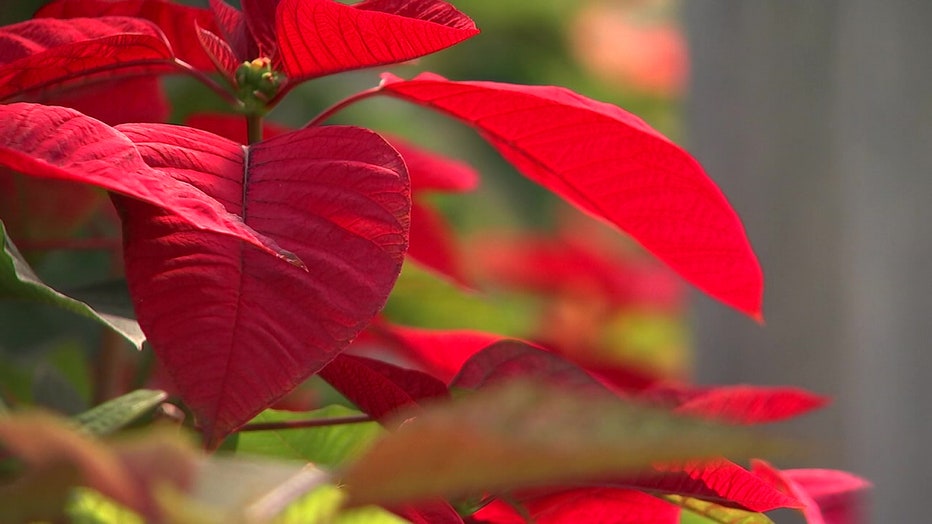 He took us inside their nurseries, when they were shipping around 200,000 blooming plants to stores across the nation.

You'll find many of their plants in Publix supermarkets. The Orbans have partnered with Publix since 1953.  They get unrooted cuttings from South America, and stick them in soil and mist them for three weeks to get them going.

They start growing the biggest ones in in July, and the smaller ones a few weeks later.

While many people discard poinsettias after the holidays, you can keep them healthy all year. Find a bright location on your patio, don't overwater -- maybe water just once a week -- and when the nights get longer, they can bloom again for next Christmas.

Poinsettias can grow up to 12 feet high in their native home of Mexico.