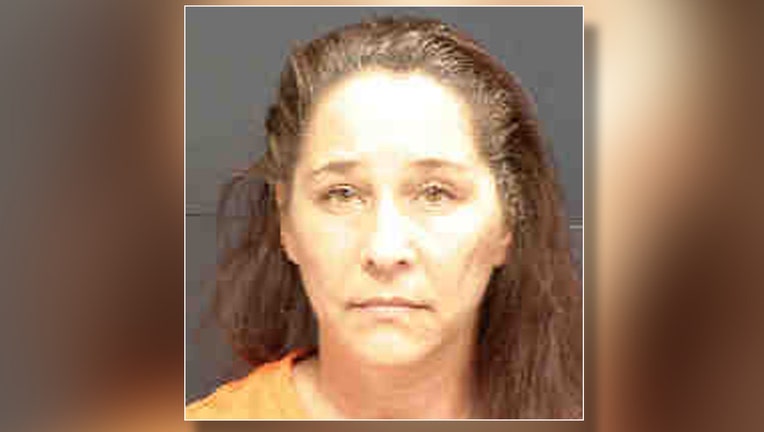 BRADENTON, Fla. - Sarasota police arrested Kelly Gaffney, 49, on 241 felony charges and 26 misdemeanor charges after they say she wrote fraudulent prescriptions in her name and her son’s name for two years.

According to police, a pharmacist contacted the Sarasota Police Department on April 7 after learning Gaffney, who was a medical assistant for a doctor in Bradenton, was submitting fraudulent prescriptions in Sarasota. The prescriptions were from Gaffney’s employer, but Gaffney was not an established patient with her employer.

Police said, the doctor, who Gaffney worked for, accessed her own prescribing profile from the Florida Prescription Drug Monitoring database after realizing that prescriptions may have been stolen.

After reviewing the data, the doctor called Sarasota police to report fraudulent prescriptions for controlled substances that were written and filled for Gaffney and her adult son.

Detectives said they determined that Gaffney was stealing blank prescription forms from her employer dating back to April 2018.  Police said, Gaffney was obtaining prescriptions for her and her son on a monthly basis since April 2018.

According to the SPD, video surveillance was obtained from the pharmacy in Sarasota and it shows multiple occasions of Gaffney arriving, providing a prescription, which listed her employer as the prescribing doctor, paying for and taking possession of the fraudulently obtained controlled substances.

On April 13, 2020, Gaffney was arrested for multiple counts of trafficking in oxycodone and morphine and obtaining a controlled substance by fraud.  She was arrested by undercover detectives at the pharmacy in Sarasota when she arrived to fill another fraudulent prescription.

Gaffney remains at the Sarasota County Jail being held on a $360,000 bond.