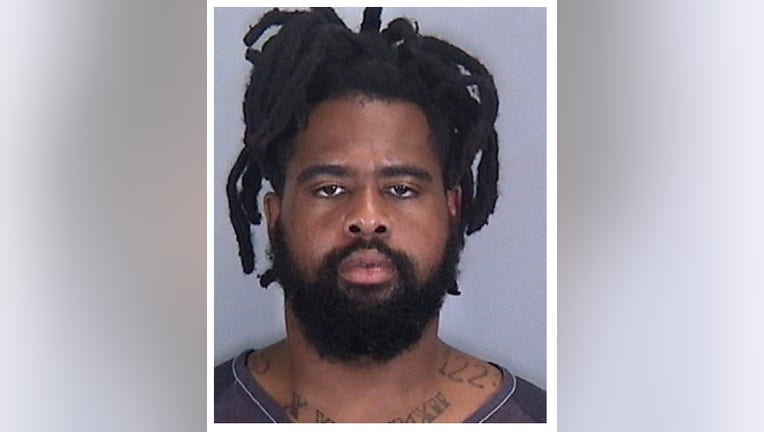 BRADENTON, Fla. - Nearly two months after a man pulled a trigger, killing another and claiming self-defense, Manatee County officials said they announced they will charge the suspect with second-degree murder.

During the early morning hours of April 17, the suspect, 27-year-old De Andre Sanders, was arguing with the victim, 31-year-old Frank Green. The alteration took place in the 5700 block of 5th Street East where Sanders fatally shot Green, according to the sheriff’s office.

During the investigation, detectives said they obtained surveillance video from a nearby home. However, the audio and video were poor quality and it took several weeks to enhance the audio.

Detectives said the video recorded the "heated conversation between the suspect and the victim, including the sound of multiple gunshots."

Later, a completed autopsy showed Green was shot a total of 19 times. Detectives said Sanders claimed he shot the victim in self-defense. During the investigation, they said they learned that instead of notifying law enforcement of the shooting immediately after, Sanders battered a female victim.

The woman was also at the shooting scene. Detectives said Sanders questioned her relationship with the victim.

Detectives said the evidence they gathered since April was enough to develop a probable cause and arrest Sanders. They said he initiated the deadly shooting when he opened the car door, produced a gun, and fired his weapon. The bullets struck the left side of Green’s body and head.

Sanders faces charges of murder, domestic battery, and assault without a firearm. He was taken into custody on Monday.