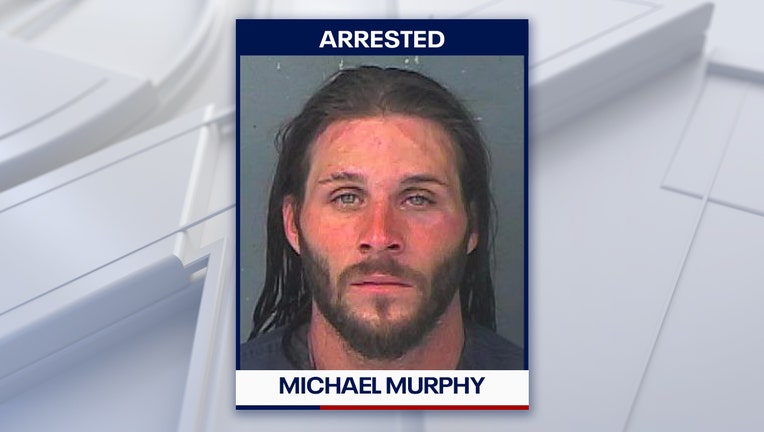 It happened in the parking lot of REBAR, located at 10123 Broad Street in Brooksville at 1:44 a.m.

According to deputies, Murphy was asked to leave the bar after causing a disturbance. Deputies say Murphy got into his truck and began doing doughnuts in the parking lot and then on Broad Street, crashing into several vehicles and purposely running into a group of people standing outside the bar.

A good Samaritan used his vehicle to ram Murphy’s vehicle, which made it crash into a guardrail. Murphy was still trying to flee when deputies arrived on the scene, but they were able to take him into custody.

Two of the victims were taken to an area hospital for broken bones and a third victim was flown to an area trauma center for treatment. None of the injuries appear to be life-threatening.