"The chatting part was pretty fun, and I was pretty excited," Landon admitted.

The 8-year-old Tampa boy is a hero in his own right. He’s been battling T-cell acute lymphoblastic leukemia for a year and a half.

"It is three and a half years of chemo, and we still have 90 more weeks," she explained. 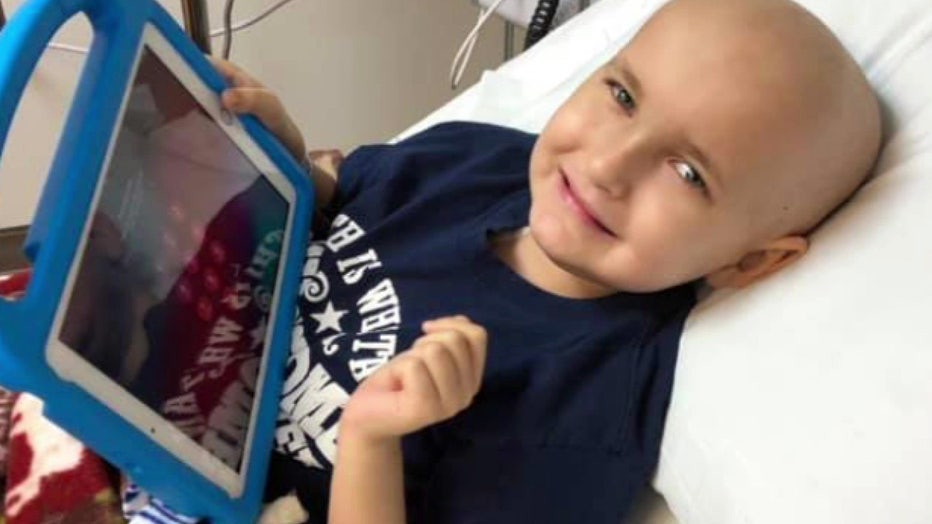 Landen was chosen to be a part of the Vince Lombardi Cancer Foundation’s upcoming "50 Faces of Cancer" fundraiser on March 11, where kids fighting the disease interview some of the NFL’s greatest players.

When the two got together, it was more than just a quick interview.

"I have a baby monitor, so I was at my desk, and I could hear them," Amy recalled. "They’re playing and they’re just talking like they’re old friends." 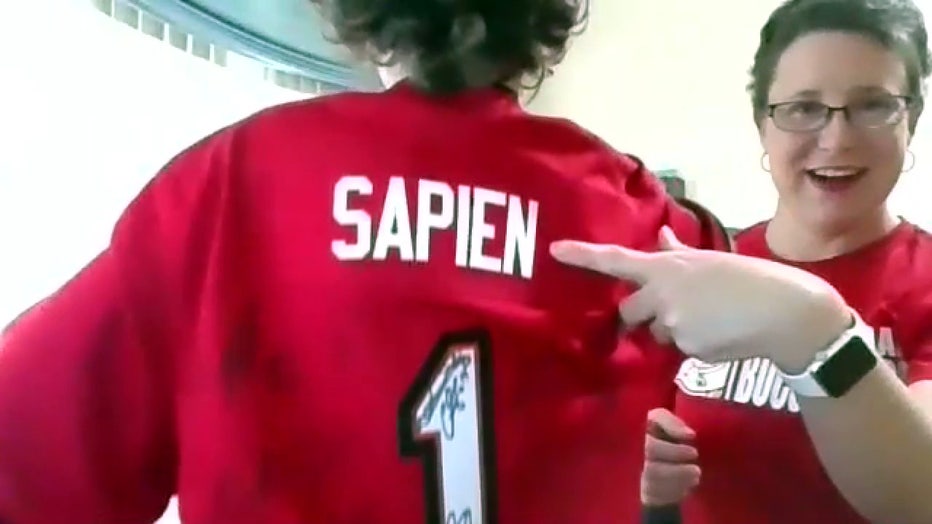 As for what superpower Landen would choose, he told Evans, one of the NFL’s fastest, that he would also like to be super fast.

"Alright," Evans laughed. "Well, you already got that one."

The journey hasn’t just been a tough road for Landen;  Amy was diagnosed with breast cancer last March. The two are now battling cancer at the same time.

Evans left an invite on the table for any future time Landen sees his username online.

"He said as long as his lobby isn’t full, I can jump into a game with him in the future," Landen added.

With another year and a half of treatment, it’s certainly a bright spot he can look forward to.

The Manatee County Sheriff’s Office helped a pediatric cancer patient’s dream come true when they made him an honorary deputy.

A brave young girl battling cancer achieved her dream of becoming an honorary Air Force pilot this week thanks to the team at MacDill Air Force Base and the National Pediatric Cancer Foundation.