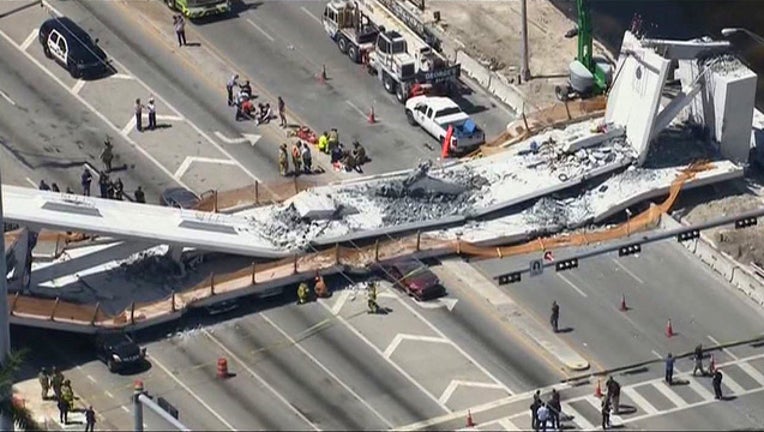 MIAMI (AP) - The construction company that was building a pedestrian bridge that collapsed and killed six people has won a contract extension for projects at Miami International Airport.

The Miami Herald reports that Miami-Dade County commissioners on Tuesday unanimously approved the extension into 2020 for Magnum Construction Management.

The vote extends MCM's 2011 agreement to run small construction projects at the airport. This is the first successful vote since the March 2018 collapse of the bridge it was building for Florida International University.

Multiple extensions have grown the original contract from about $50 million to $130 million.

Airport officials expect a new contract to be awarded by the end of the year. The bidding process will be open to MCM and others.

MCM filed for bankruptcy earlier this year and is in the process of settling claims related to the bridge collapse.