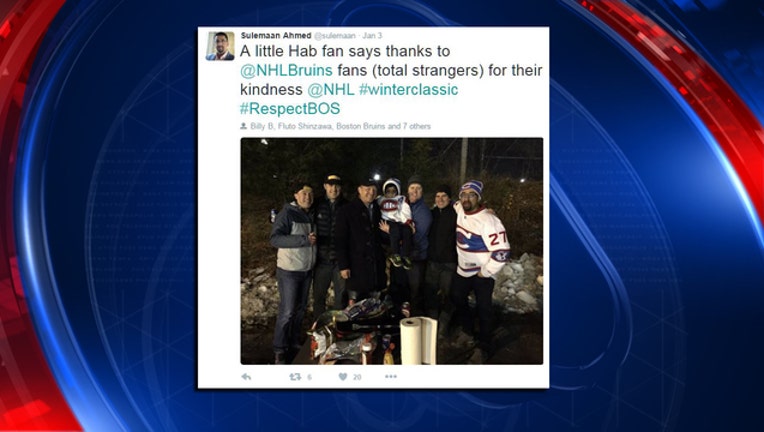 TORONTO (AP) - Canada's public safety minister has promised to investigate the case of a six-year-old boy whose name appears to be on a travel security risk list.

The Ontario boy's father tweeted a photo from Toronto's Pearson International Airport last week that appears to show his son's name, Syed Adam Ahmed, with a "DHP" or "deemed high profile" label and instructions on how to proceed before allowing the boy to check in.

"Why is our (Canadian born) 6 year old on DHP no fly list? He must clear security each time. He is 6," the father wrote in his tweet to Air Canada.

The father and son were flying on New Year's Eve to the NHL Winter Classic in Boston.

Public Safety Minister Ralph Goodale said he's reviewing the case, and will update the family when he has all the details.

"Canadians expect their government to deliver on two vital imperatives — namely, keeping them safe while safeguarding their values and this country's fundamental character. That is our constant goal," Goodale said.

The boy's mother, Khadija Cajee, said the family has had to deal with the issue in the past.

She said they've never been able to check their son in for flights online, and he needs special clearance every time they go to the airport.

The boy and his father were both born in Canada, and Cajee's family came to the country from South Africa, fleeing apartheid, she said.

Cajee doesn't know why her son is on the list, but she assumes he shares a name with someone who actually earned a place on it.

"He's basically being carded for being Muslim," Cajee told Global News in a televised interview.

Cajee said she hoped the government would keep her son's rights in mind.

"My question would be, are we willing to surrender the liberties of a child to ensure that security? I hope they keep that in mind," she said.

Cajee also said she's going to be meeting with her Member of Parliament, Jane Philpott, later this week to discuss the situation.

Representatives from Air Canada did not immediately respond to a request for comment.