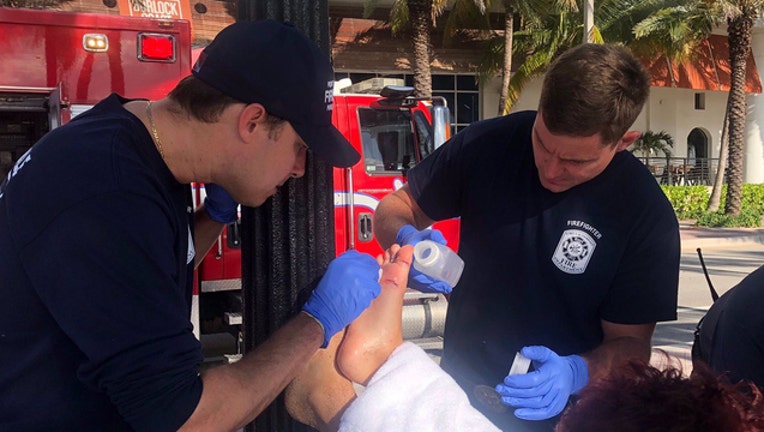 FORT LAUDERDALE, Fla. - Officials say a Canadian boy was bitten by a shark while vacationing with his family at a Florida beach.

Gollan said lifeguards were doing routine physical training when they heard a loud scream coming from the ocean across from The Ritz-Carlton in Fort Lauderdale.

Shark bites are more common in the summer when more people are in the water and ocean currents bring bait fish closer to shore.