MIAMI - Carnival Cruise Line on Monday confirmed plans to restart U.S. sailings from its Texas port as early as Fourth of July weekend, open to passengers who are fully vaccinated against COVID-19.

The Carnival Vista ship will begin offering cruises on July 3 from Port of Galveston, followed by the return of operations on Carnival Breeze on July 15, the company said.

Carnival said the cruises are available to those who have received their final dose of a COVID-19 vaccine at least 14 days prior to the beginning of the trip, and also have proof of vaccination.

"We appreciate the progress and support for our U.S. restart from the (Centers for Disease Control and Prevention) and other key federal agencies; however, the current CDC requirements for cruising with a guest base that is unvaccinated will make it very difficult to deliver the experience our guests expect, especially given the large number of families with younger children who sail with us," Carnival Cruise Line President Christine Duffy said in a statement.

"As a result, our alternative is to operate our ships from the U.S. during the month of July with vaccinated guests," Duffy added. 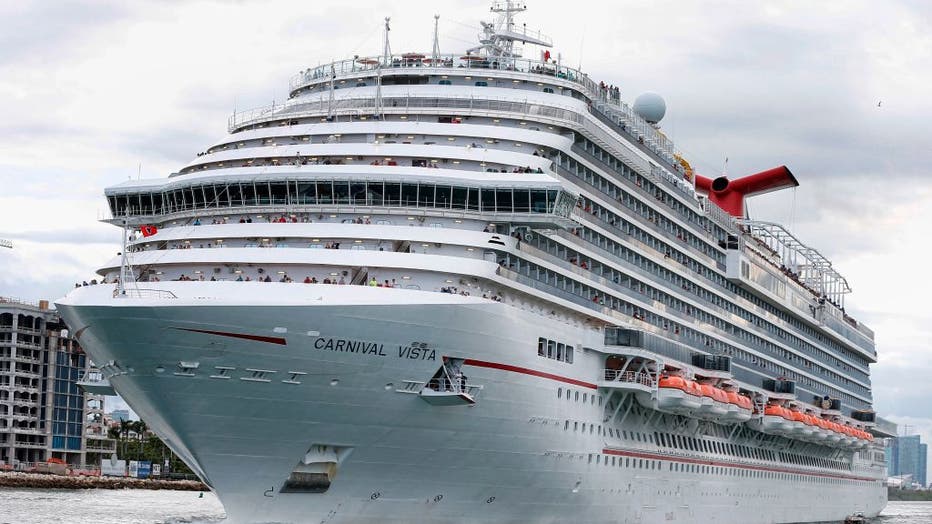 Carnival has already announced that aims for Carnival Horizon to restart sailings from Miami in July. The company added that it "continues to work with both the State of Florida and the CDC" about the return to sea and plans to provide an update by Friday "concerning protocols specific to these sailings to all booked guests."

Last week, Carnival was given the green light by the CDC to begin sailing from the Port of Galveston in Texas as well as Port Miami and Port Canaveral in Florida. Duffy acknowledged the help of both Florida and Texas officials of making COVID-19 vaccinations available to cruise line personnel, saying it has helped to expedite the process of restarting sailings.

The Carnival Corporation also previously announced the restart of several of the other cruise line brands it owns this summer in the Caribbean and Europe. The company said mid-May that AIDA Cruises, Costa Cruises, Cunard, Holland America Line, Princess Cruises, Seabourn and P&O Cruises would all begin sailing from global ports with "adjusted passenger capacity and enhanced health protocols" developed with government and health authorities.

In the U.S., cruise lines were essentially closed for business since mid-March 2020 at the onset of the COVID-19 pandemic. The cruise association estimates that the suspension of cruises snuffed out more than $25 billion in economic activity and 164,000 American jobs.

In October, the CDC issued a Conditional Sailing Order for cruise operators, serving as guidance for a phased approach to the eventual resumption of passenger cruises.

Carnival is now the second cruise line operator to have received a green light by the CDC. In May, Celebrity Cruises' Celebrity Edge cruise ship, owned by the Royal Caribbean Group, announced plans to depart Port Everglades in Fort Lauderdale, Florida, becoming the first ship to set sail from a U.S. port since the spring of 2020.