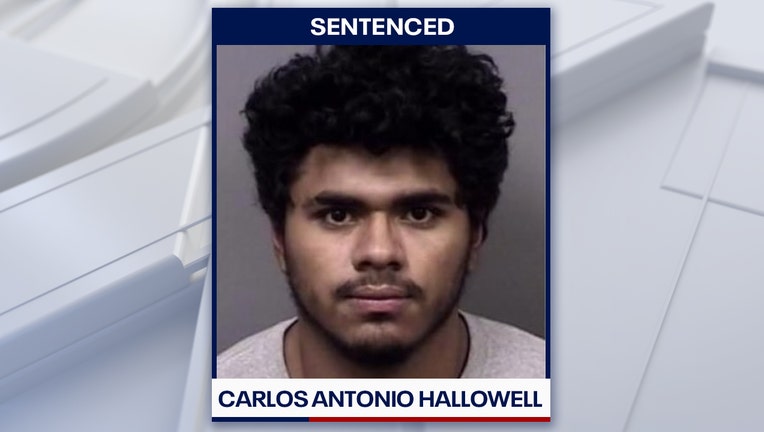 INVERNESS, Fla. - It's been nearly three years since a Citrus County woman was found murdered at her home, and now her adopted son will spend the rest of his life in prison for her death, a judge ruled Tuesday.

The body of 57-year-old Denise Hallowell was found one night in July 2019. Carlos Hallowell initially told deputes he was sleeping, and was awakened by barking dogs before discovering his mother brutally murdered in her bedroom. This week, Carlos, now 19, was sentenced in her murder.

Nine weeks after finding her body, the sheriff's office said their investigation "hidden digital evidence" that lead to the arrest of Carlos. He was found guilty of premeditated murder on July 9 – nearly three years after Denise was killed.

"Here we had a mother, who was brutally murdered in her bedroom during the night by her son," Sheriff Mike Prendergast said in a statement. "All the forensic evidence and interviews pointed to the only other person inside Denise's home that night, her own son."

From 2019: Teacher's son accused of her murder

The night of July 13, 2019, Carlos called 911. The now-17-year-old said he was awakened by the sound of barking dogs and found his mother's body. Two months later, the teen who once defended his mother against allegations of abuse has been charged with her murder.

PREVIOUS COVERAGE: Son who once defended mother against allegations of abuse now charged with her murder

Denise Hallowell's murder came three years after she was accused by the youngest of her two adopted sons of abuse. She was arrested in Sept. 2015 after her 12-year-old son, who was adopted from Honduras, said Denise physically abused him by locking him inside his room and not feeding him. However, the State Attorney's Office soon found evidence, or rather, a lack of evidence to back up those claims.

Her older son, Carlos, who was 14 at the time, defended his mother to investigators.  At the time, Denise said she told investigators her younger son had been troubled for years - claims that her older adopted son apparently corroborated at the time

From 2016: Former teacher cleared of abuse

In a 2016 interview with FOX 13, Denise Hallowell talks about facing child abuse allegations and being cleared by the State Attorney's Office. There were accusations of physical abuse, locking her adopted child inside his room and not feeding him. However, there was a lack of evidence to back up those claims.

"He immediately refuted everything his younger brother had said. They talked to teachers. Teachers knew my youngest son through years of school here. They were also in agreement with me," Denise said.

In a 2016 interview with FOX 13 News, Denise said she was also adopted as a child and knew the journey is not always easy.

"There are conditions that some of these children have that they actually grow further away from you," Hallowell said. "Some of that is because of those experiences they had in the past that we don't know anything about."

Despite the tumultuous situation, she said, "I am a forever mom. Many children need good homes, forever homes."

Hallowell was a school teacher. She lost her job and her reputation, despite the case later being dropped due to lack of evidence.