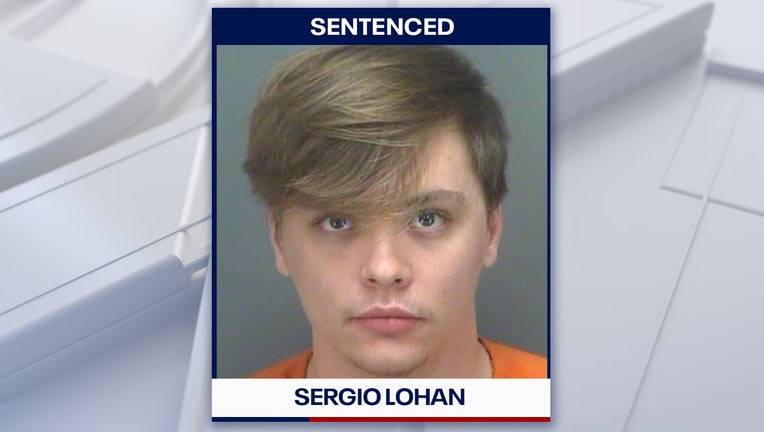 CLEARWATER, Fla. - A Clearwater man was sentenced to more than two decades in prison after sexually assaulting a child and recording it on his cell phone, prosecutors say.

A judge sentenced 25-year-old Sergio Lohan to 22 years in federal prison and ordered him to serve 20 years of supervised release and to register as a sex offender. He pleaded guilty in August 2021.

Officials said Lohan met the 12-year-old girl online. During that time, "Logan engaged in sexually explicit conversations" with her. They said he solicited and received sexually explicit images from her and sent her a video of himself engaging in a sexual act.

After a few months of meeting, investigators said Lohan drove to the child's home, picked her up, sexually assaulted her, and recorded the encounter on his phone. They said he sent the video to the child.

The FBI obtained a search warrant at his home and seized his computer. They said they uncovered evidence of sexual abuse and exploitation of the child victim. Federal investigators said they also found the conversation between Lohan and other individuals who identified themselves as children.

North Port police were also involved in the investigation, but a news release from the Department of Justice didn't specify the case's connection to the city. It also didn't mention what initially led investigators to Lohan.