The Clearwater Marine Aquarium is now to home to a dolphin named Izzy who was deemed unfit to live in the wild due to illegal human interaction.

CLEARWATER, Fla. - A dolphin who animal experts say can no longer live in the wild due to human interaction will spend the rest of her days at the Clearwater Marine Aquarium.

CMA recently welcomed the dolphin named Izzy into its facility after she was rescued from a Texas canal in June by the Texas Marine Mammal Stranding Network, Texas State Aquarium, and SeaWorld San Antonio.

"We are so pleased that Izzy now has a safe place to call home and that she will stand for something," said Heidi Whitehead, executive director of the Texas Marine Mammal Stranding Network. "Izzy belongs in the wild but despite our persistent efforts to protect her over the course of three years, she became increasingly habituated to humans and boats putting her at high risk for serious, life-threatening injury."

According to CMA, Izzy was first spotted in December 2019 in canals on North Padre Island. 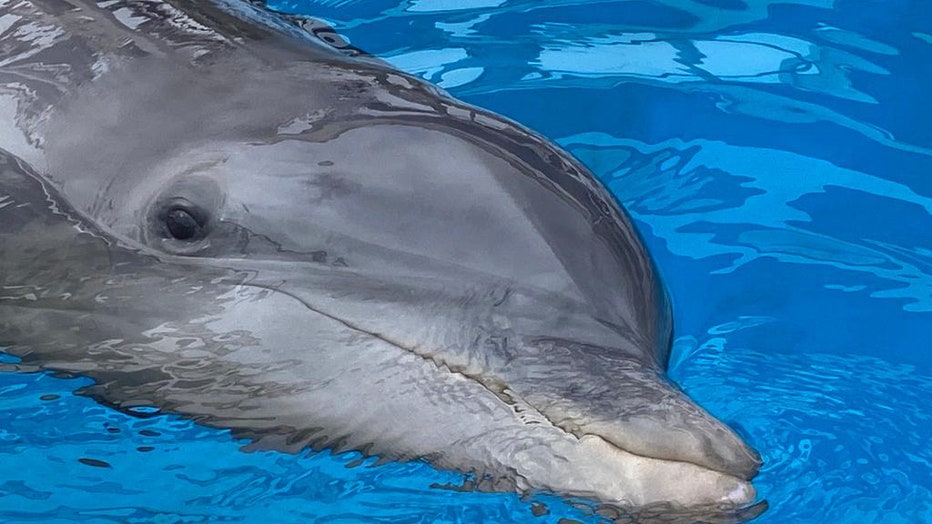 Researchers say Izzy became a popular attraction where the public would seek her out to swim with, ride, jump on, feed, and pet her. They add that many of these interactions were posted on social media, which encouraged others to go see her.

Eventually, according to researchers, Izzy, named after the Island or Isla, started showing dangerous behaviors toward people and had signs of injuries likely caused by a collision with a boat. 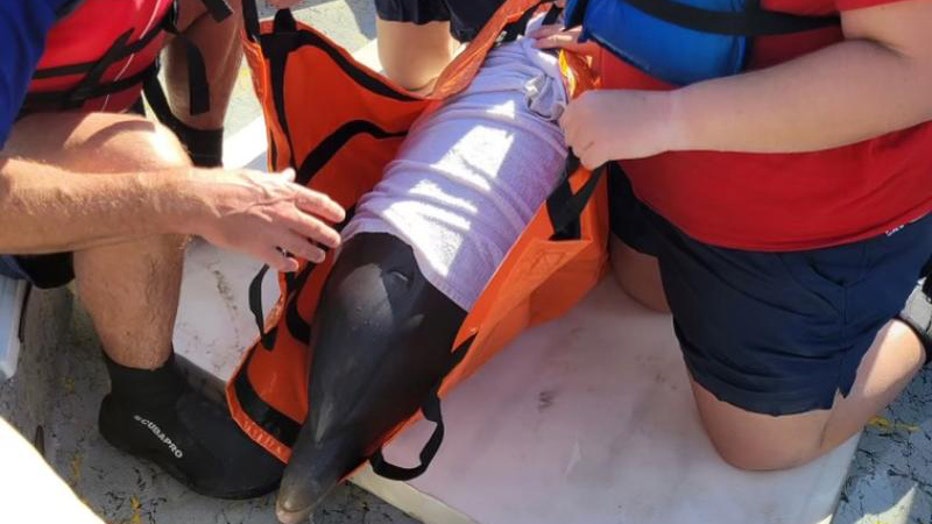 Izzy being rescued from a Texas canal. Photo is courtesy of the Texas Marine Mammal Stranding Network.

"It’s extremely disappointing that human behavior took away Izzy’s ability to live safely in her natural habitat," said Kelly Martin, VP of Zoological Care at Clearwater Marine Aquarium. "Our expert Animal Care team is familiar with cases like Izzy’s as our own resident PJ demonstrated behavior which may have also been due to habituation to humans. We will take our time with Izzy and let her tell us when she is ready to be introduced to her new social group with Hope and Apollo," said Martin. "Above all, we want to establish trust and ensure she is safe and healthy."

The facility, which was made famous by the Dolphin Tale movies is home to four resident bottlenose dolphins and two rough-toothed dolphins.

CMA recently lost its eldest dolphin named PJ. PJ was about 51 years old when she passed away in October.

Her death came nearly a year after its famous dolphin Winter died at the age of 16 following a gastrointestinal infection.

Winter put the Clearwater Marine Aquarium on the map. She was rescued from a crab trap on Florida’s East Coast when she was just two months old and lost her tail in the process.

Winter was fitted with a prosthetic tail and her tale became a comfort to those of all ages who also have prosthetic limbs. It inspired the book 'Dolphin Tale' and eventually the 2011 hit movie, which chronicled her recovery story. A sequel, Dolphin Tale 2, was released three years later.

Winter’s story spread across the world and across age groups. Her story brought smiles and tears, especially to those who also face the challenge of prosthetic limbs. Fans from everywhere came to Clearwater to see her, but her many meetings with children and veterans were the most impactful.