A combination of physical activity, not smoking, light alcohol consumption, a good diet and cognitive activities may substantially help lower the risk of the disease, a study found.

WASHINGTON - A combination of different healthy lifestyle habits may help reduce the risk of Alzheimer’s disease by as much as 60%, according to a new study

The behaviors in the study were physical activity, not smoking, light-to-moderate alcohol consumption, a high-quality diet and cognitive activities. Those who adhered to four or all five of the habits were found to have a 60% lower risk of developing the disease.

Even those who did a combination of just two to three of the behaviors had a 37% lower Alzheimer’s risk, compared to those who did none or only one of the healthy lifestyle factors identified. 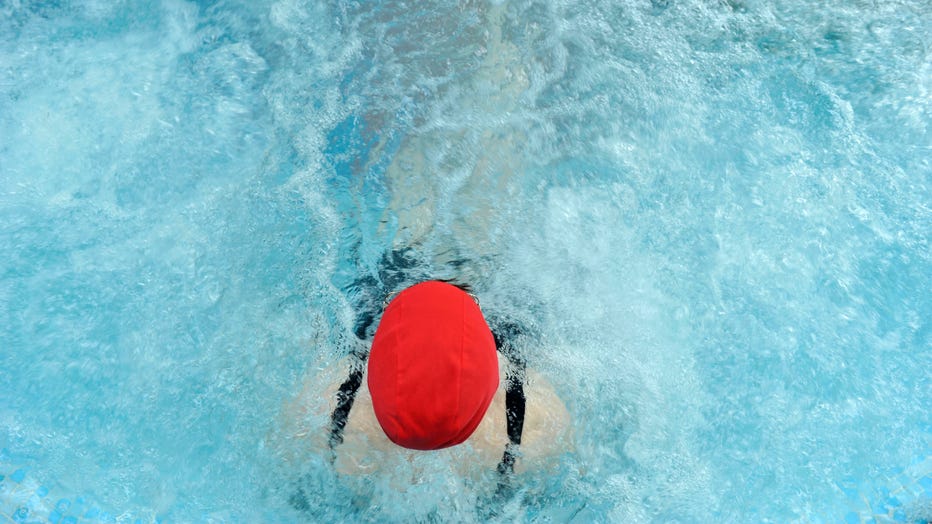 In a file image taken April 27, 2015, a woman wearing a red cap sits in a swimming pool. (Photo by: Andia/Universal Images Group via Getty Images)

“This observational study provides more evidence on how a combination of modifiable behaviors may mitigate Alzheimer’s disease risk,” said NIA Director Richard J. Hodes, M.D. “The findings strengthen the association between healthy behaviors and lower risk, and add to the basis for controlled clinical trials to directly test the ability of interventions to slow or prevent development of Alzheimer’s disease.”

Alzheimer’s disease, the most common form of dementia, begins with mild memory loss and can seriously impact a person’s ability to carry out daily activities, according to the Centers for Disease Control and Prevention. Symptoms can first appear after age 60 and the risk increases with age.

In 2014, as many as 5 million Americans were living with Alzheimer’s disease. The number is expected to triple to 14 million people by 2060, according to the CDC.

Researchers in the study scored each participant based on the five healthy lifestyle factors, all of which have been shown to improve health in varied ways:

Physical activity included at least 150 minutes per week of moderate- to vigorous-intensity exercise, which is an important part of healthy aging, according to the NIH.

Research has confirmed that quitting smoking will improve health, even in people 60 or older who have been smoking for decades.

Limiting use of alcohol may help cognitive health.

A high-quality diet was identified by the NIH as the “Mediterranean-DASH Intervention for Neurodegenerative Delay (MIND) diet,” which combines the Mediterranean diet and Dietary Approaches to Stop Hypertension diet. This style of eating focuses on plant-based foods and is linked to dementia prevention.

Being intellectually engaged later in life, such as learning a new skill, reading a book or volunteering, may also benefit the brain by keeping it active, researchers said.

“This population-based study helps paint the picture of how multiple factors are likely playing parts in Alzheimer’s disease risk,” said Dallas Anderson, Ph.D., program director in the Division of Neuroscience at NIA. “It’s not a clear cause and effect result, but a strong finding because of the dual data sets and combination of modifiable lifestyle factors that appear to lead to risk reduction.”

A large study in 2019 also found that a healthy lifestyle can reduce the risk of developing Alzheimer's or other forms of dementia — even for those with a high genetic risk.