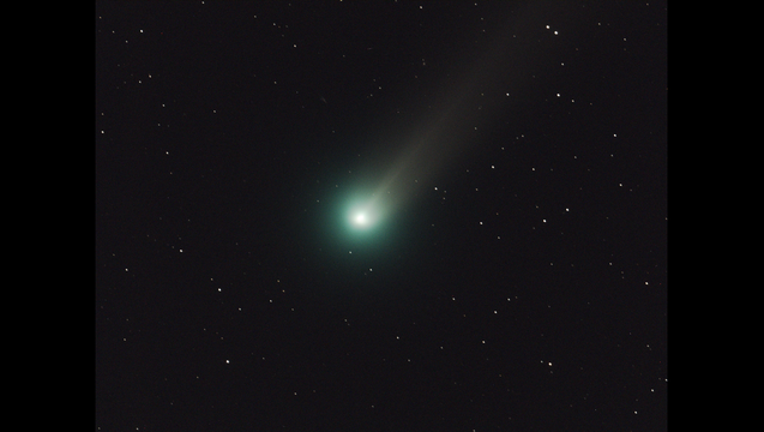 If you are looking for a good time, it might be worth stopping by Comet Lovejoy. That’s because the famous comet is releasing huge amounts of alcohol as well as a type of sugar in space, according to NASA. This marks the first time that ethyl alcohol, the same type found in alcoholic beverages, has been observed in a comet.

"We found that comet Lovejoy was releasing as much alcohol as in at least 500 bottles of wine every second during its peak activity," Nicolas Biver of the Paris Observatory, France and the lead author of a paper on the discovery published in Science Advances, said in a statement.

It also raises the prospect that comets could have been a source of the complex organic molecules required for the emergence of life. The team found 21 different organic molecules in gas from the comet, including ethyl alcohol and glycolaldehyde, a simple sugar.

"The result definitely promotes the idea the comets carry very complex chemistry," said Stefanie Milam of NASA's Goddard Space Flight Center in Greenbelt, Md., a co-author on the paper, in the statement. "During the Late Heavy Bombardment about 3.8 billion years ago, when many comets and asteroids were blasting into Earth and we were getting our first oceans, life didn't have to start with just simple molecules like water, carbon monoxide, and nitrogen. Instead, life had something that was much more sophisticated on a molecular level.”