PLANT CITY, Fla. - The newly-revived XFL season kicks off soon and the Tampa Bay Vipers are making sure the community knows the team has its back.

More than a dozen Tampa Bay Vipers showed up in Plant City Monday to bag and distribute supplies at the United Food Bank of Plant City.

"To give is a lot more fulfilling than to receive," Vipers tight end Colin Thompson said to FOX 13. "Time is always precious in-season, but to be able to give back with our group of guys is really special."

MORE: The Super Bowl is over, but the XFL season is just beginning 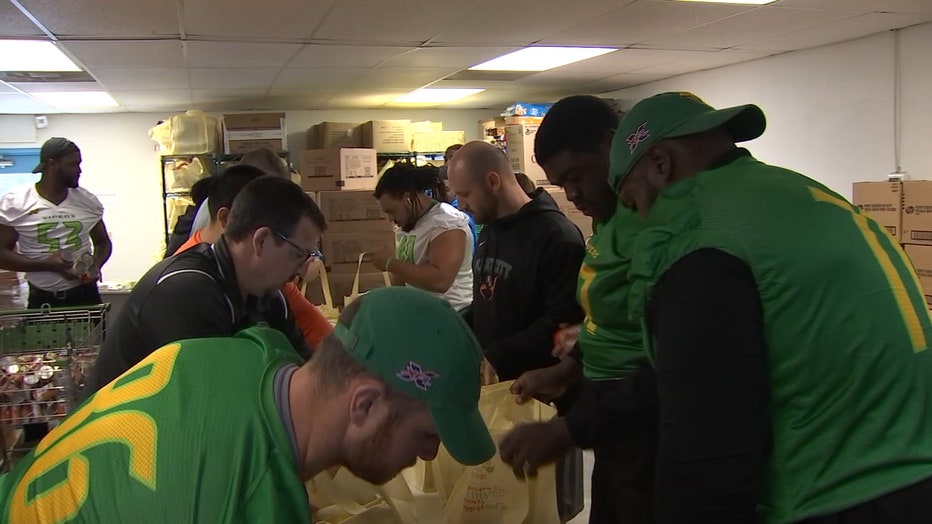 Their enthusiasm is a promising sight for fans who will watch the team kick off their season this weekend against the New York Guardians.

Wrestling magnate Vince McMahon is the driving force behind the re-birth of the XFL. Several years ago, it was around for one season, then dissolved.

READ: Five ways the XFL is different than the NFL

The fact that it’s back is giving young players like Jordan McCray an opportunity to shine in the national spotlight.

“My family loves football. So everybody is going to be watching,” he said.

The Vipers' first game Sunday will be on FOX 13 starting at 2 p.m. Their home-opener is Feb. 22 against the Houston Roughnecks. For more, visit https://www.xfl.com/en-US/teams/tampa-bay/vipers-articles/tampa-bay-vipers-2020-schedule.