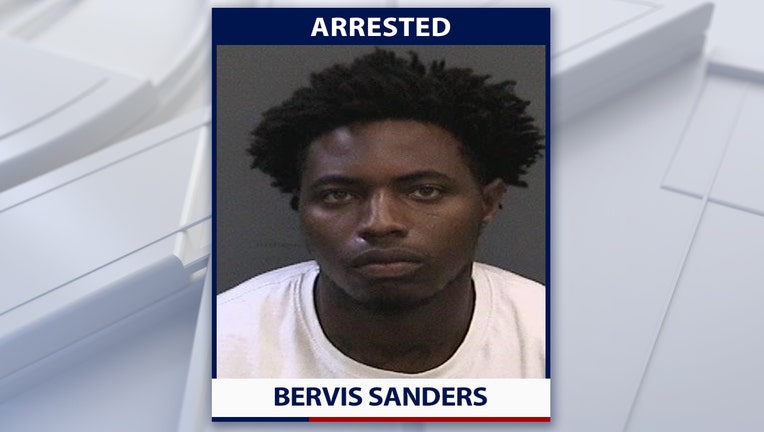 According to the Hillsborough County Sheriff’s Office, Sanders got into an argument with one of the victims inside the lounge, located at 10315 Causeway Blvd., just after 1 a.m. Deputies say Sanders told the victim to meet him outside in the parking lot.

The victim followed Sanders as he walked eastbound toward a gas station parking lot, but stopped to meet with friends between the lounge and the gas station, according to HCSO.

Deputies say Sanders got into his car and drove toward the group of friends. He then leaned over from the driver’s side of his car, extended his arm out the passenger’s side window and began shooting at the group, according to detectives.

Three victims were taken to an area hospital with non-life-threatening injuries.

Deputies identified Sanders with the help of witnesses and one of the victims. His identification was also confirmed by his parole supervisor.

"This suspect is a dangerous individual, as he was already on parole for an armed robbery he had committed in another state," said Sheriff Chad Chronister. "This man is no stranger to jail time, and that's where he'll remain for now after he again tried to destroy lives here in Hillsborough County."

Sanders faces several charges, including first-degree attempted murder. He is in jail without bond.