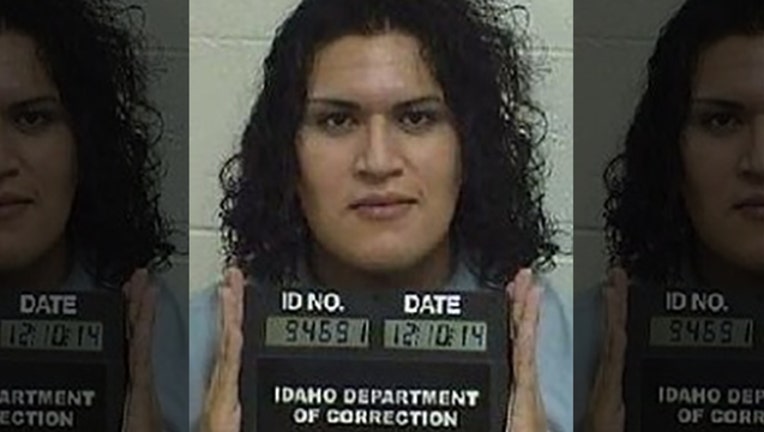 An appeals court ruled Friday that the state of Idaho must pay for inmate Adree Edmo's sex reassignment surgery. (Idaho Department of Corrections)

(FOX NEWS) - Idaho’s Republican governor vowed Friday that his state would not pay for the gender reassignment surgery of a convicted sex offender after an appeals court ruled the state was responsible for providing the $20,000 to $30,000 procedure.

In its ruling, the court cited the Constitution’s Eighth Amendment protection against cruel and unusual punishment.

"We cannot divert critical public dollars away from the higher priorities of keeping the public safe and rehabilitating offenders," Little said in a statement to National Public Radio.

"The hardworking taxpayers of Idaho should not be forced to pay for a convicted sex offender's gender reassignment surgery when it is contrary to the medical opinions of the treating physician and multiple mental health professionals."

On Friday, a panel of three judges on the 9th Circuit Court of Appeals upheld Federal District Judge B. Lynn Winmill’s December ruling in favor of inmate Adree Edmo, who is serving a 10-year sentence for sexually abusing a 15-year-old boy at the age of 22.

Edmo was diagnosed with gender dysphoria, a condition that causes distress in patients whose biological sex does not match the gender by which they identify, Boise State Public Radio reported. The inmate, who was born a male but identifies as female, tried to castrate herself twice in prison.

Edmo’s lead attorney, Lori Rifkin, said her client “suffers every single day while they have denied this treatment to her for years and there can be no reason justifying Idaho's continued refusal to provide her care except bias."

In an 85-page opinion, the panel ruled that the state of Idaho must provide gender reassignment surgery to Edmo, writing that "responsible prison officials were deliberately indifferent to Edmo's gender dysphoria, in violation of the Eighth Amendment."

Those who experience gender dysphoria can treat distress by cross-dressing or receiving hormone treatments as well as receive more invasive surgeries, such as breast augmentations, mastectomies or sex reassignments. A prison doctor treating Edmo rejected her request for surgery, saying that method of treatment was unnecessary in her case.

“Prison authorities have not provided that treatment despite full knowledge of Edmo’s ongoing and extreme suffering and medical needs,” the judges wrote.

The Idaho Department of Correction and Corizon, a private prison healthcare contractor, will be required to arrange for Edmo to receive the gender reassignment surgery, a procedure that can cost between $20,000 and $30,000, NPR reported. Edmo would be reassigned to a women's prison after the procedure, as per Idaho Department of Correction policy.

Edmo would be the first transgender inmate in the country to receive gender reassignment as mandated by a court order. She is due for release in February 2021 and is not eligible for parole. The state of Idaho has 90 days to file an appeal against the court’s Friday decision.